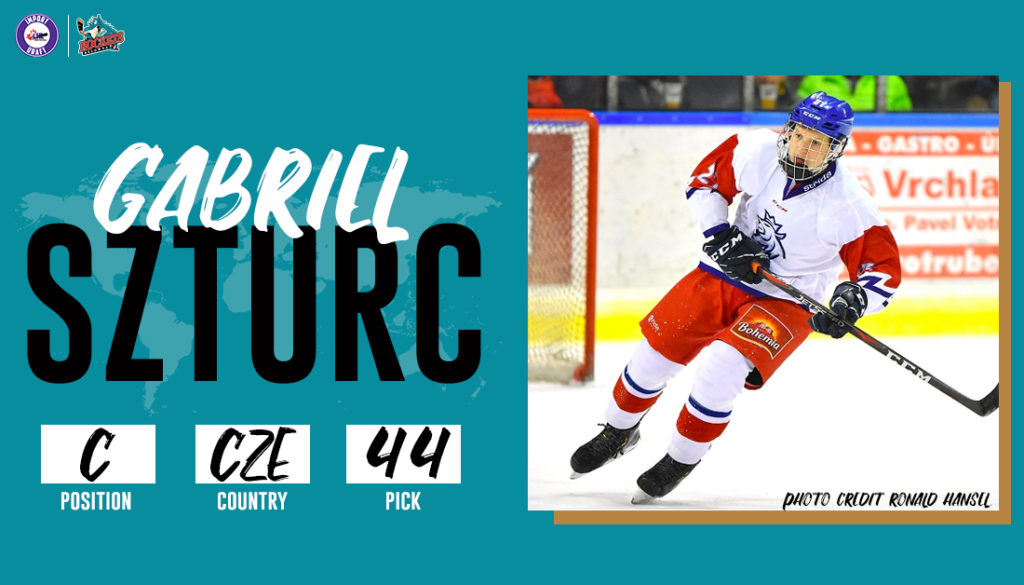 The Kelowna Rockets, with their first-round selection, 44th overall in the 2021 CHL Import Draft, have selected forward Gabriel Szturc.

The 5’10”, 172-pound centre represented the Czech Republic at the 2021 IIHF World Under-18 Hockey Championship, registering four points (3G, 1A), zero penalty minutes and a +3 plus-minus rating in five games.

Szturc won’t be eligible until the 2022 NHL Draft due to his late birthdate.

The Rockets passed on their second-round pick, forward Pavel Novak will return to the Rockets for the 2021-22 season.

Payworks Recap: Back in front of the fans, Rockets win home opener
11 hours ago