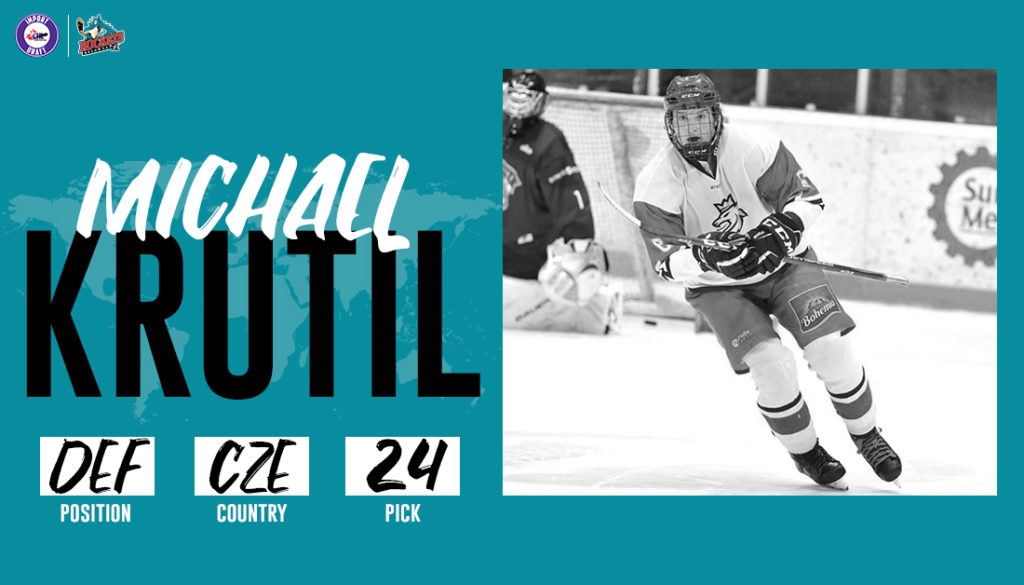 The Kelowna Rockets, with their first-round selection, 24th overall in the 2020 CHL Import Draft, have selected defenceman Michael Krutil.

Krutil, 18, has been limited to 70 games over the last two seasons due to injuries.

This season he appeared in 8 games with HC Stadion Litomerice (Czech2), recording an assist and two penalty minutes. He also played on one game for HC Sparta Praha (Czech).

Despite limited action, the 6’3″, 202-pound defenceman is ranked 27th among European skaters per NHL Central Scouting for the upcoming 2020 NHL Draft.

The Prague, Czech Republic product participated in the Czech Republic’s Under-20 Summer Training Camp earlier this month alongside Pavel Novak.