Rockets take down Blazers in overtime 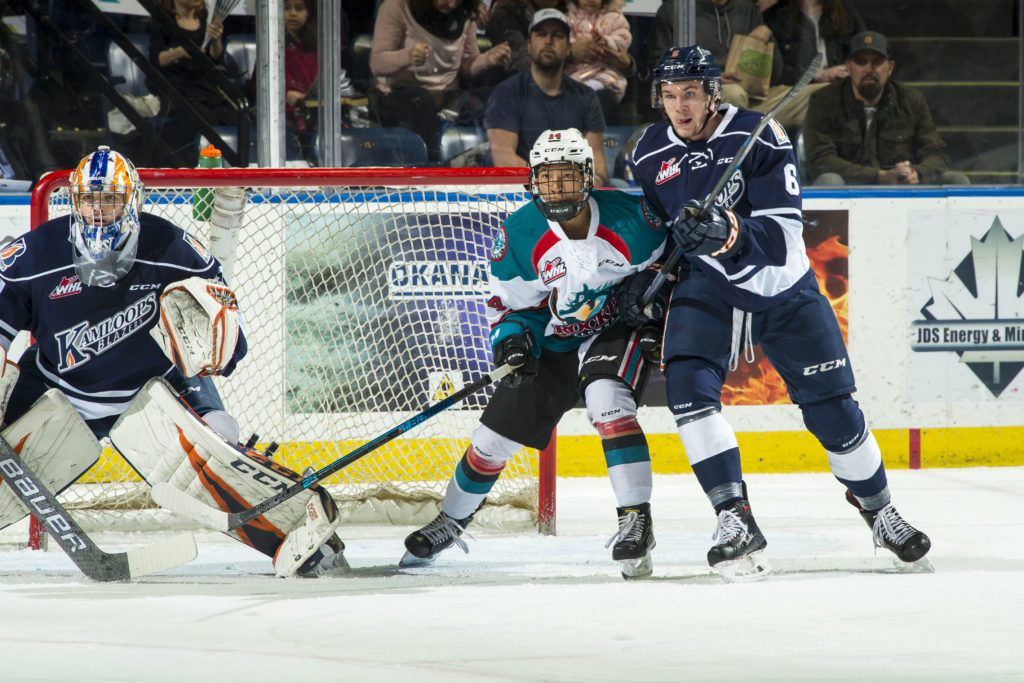 The Kelowna Rockets downed the Kamloops Blazers 2-1 in overtime Saturday night at Prospera Place in Kelowna, BC.

Both the Rockets and Blazers each had a power play chance, but neither team could get on the board.

Just like the first period, neither team could beat the opposing goaltender.

Early in the third, Blazer Montana Onyebuchi was called for fighting after dropping his gloves and going after a Rocket who did not engage. Onyebuchi was given a game misconduct, and Martin Lang served his penalty 2:09 into the first. Kaedan Korczak took off up the ice and fired a shot on Blazers starter, Dylan Ferguson. Ferguson kicked the rebound right out to Trevor Wong (1) who made no mistake putting home his first Western Hockey League goal at 3:25. Kamloops captain, Jermaine Lowen (19) tied the game at 7:29. The third came to a close just like the two previous periods did, tied.

Connor Zary was called for interference 3:51 into overtime, giving the Rockets a power play. While on the man advantage Lassi Thomson (12) won the game, firing a wrist shot past Ferguson.

The Rockets are back in action Wednesday when they host Los Angeles Kings prospect Jaret Anderson-Dolan and the Spokane Chiefs for Hat Trick Wednesday. Purchase your ticket before 2:00 pm on game day and watch the game with a hot dog and pop for $19.99. Tickets are on sale at selectyourtickets.com, at the Prospera Place box office or by phone at 250-762-5050.