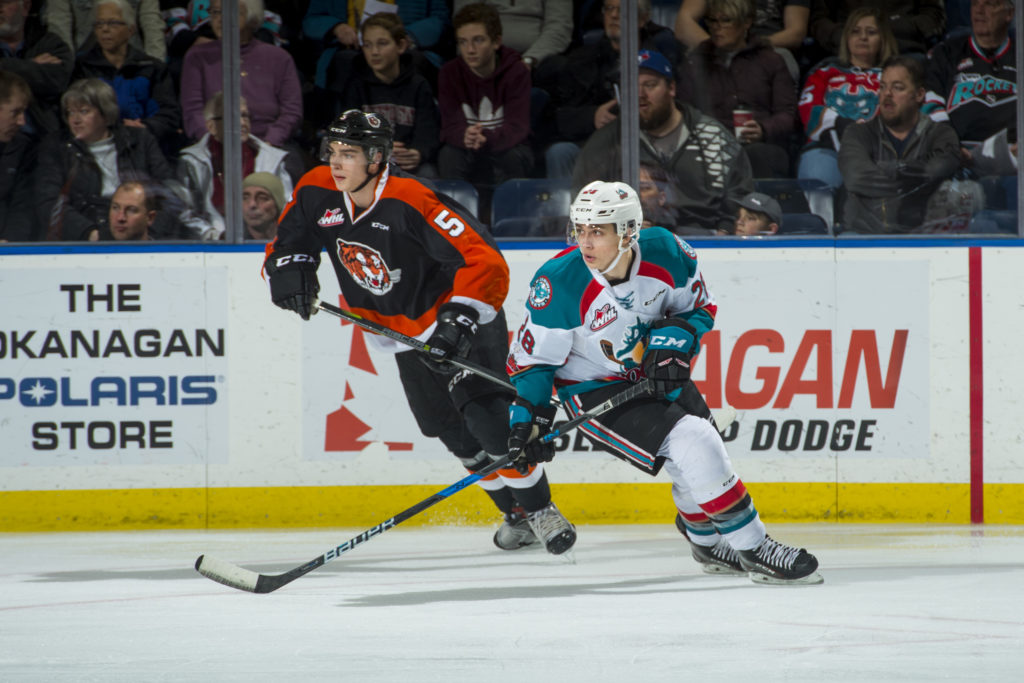 The Kelowna Rockets wrapped up their four-game Christmas road trip with a 2-1 win over the Medicine Hat Tigers Saturday night at the Canalta Centre in Medicine Hat, Alberta.

The Rockets would take a 1-0 lead on a funky goal. Nolan Foote was called for kneeing, Tigers starter, Jordan Hollett skated to the bench for the delayed penalty. During that time Medicine Hat forward, Bryan Lockner played the puck back right into their empty net, Leif Mattson(15) was credited with the goal. After twenty minutes of play, the Rockets held a 1-0 lead.

Tigers, Dylan MacPherson was called for interference midway through the second. The Rockets power play went to work, Mattson would bank in his second of the night on a centring pass from Kyle Topping at 11:09. It would be the only goal scored during the second period, Kelowna entered the intermission with a 2-0 lead.

Tiger’s Captain, James Hamblin would pull Medicine Hat within a goal getting one past Rockets starter, Roman Basran with 5:52 left in the game. That’s as close as the Tigers would get as the Rockets would go on to win 2-1.

Kelowna is now on their Christmas break. They’ll return from the break to play a home and home series with the Kamloops Blazers at the Sandman Centre on Friday, December 28th. The Rockets will host the Blazers the next night at Prospera Place. Tickets are on sale at selectyourtickets.com, at the Prospera Place box office or by phone at 250-762-5050.