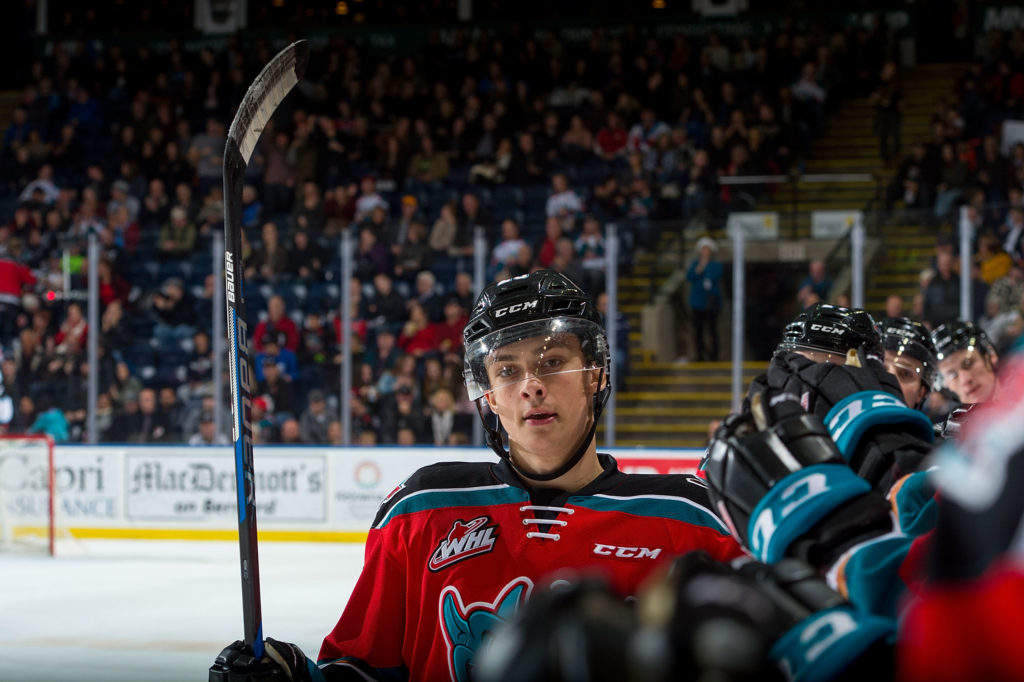 The Kelowna Rockets opened their four-game road trip with a 3-1 win over the Kootenay ICE Tuesday night in Cranbrook, BC.

The Rockets headed to the power play early on in the first period, River Fahey was called for a double minor for high sticking at 17:28. The Rockets special teams went to work, Leif Mattson(13) tipped in Kaedan Korczak’s slap shot at 5:26. Kelowna headed right back to the power play at 11:02 when Jonathan Smart was called for cross-checking. Kyle Topping(13) extended the Rockets lead when he jumped on a rebound 11:5o into the period. After 20 minutes the Rockets headed into the dressing room with a two-goal lead.

The ICE came out pressing, Cole Muir(7) cut the Rockets lead in half 1:31 into the second period. Fifteen seconds later the ICE’s Brad Ginnell was called for hooking. Mattson restored the Rockets two-goal lead when he scored his second of the night on a wraparound at 2:46 during the power play. Kelowna entered the second intermission with a 3-1 lead.

There was no scoring in the third period.

Kelowna’s four-game road trip continues tomorrow night in Lethbridge, puck drop is at 6:00 pm. They’ll then play back to back games against the Calgary Hitmen on Friday and Medicine Hat Tights on Saturday before the Christmas break.

The Rockets will return from the break to play a home and home series with the Kamloops Blazers at the Sandman Centre on Friday, December 28th. The Rockets will host the Blazers the next night at Prospera Place. Tickets are on sale at selectyourtickets.com, at the Prospera Place box office or by phone at 250-762-5050.