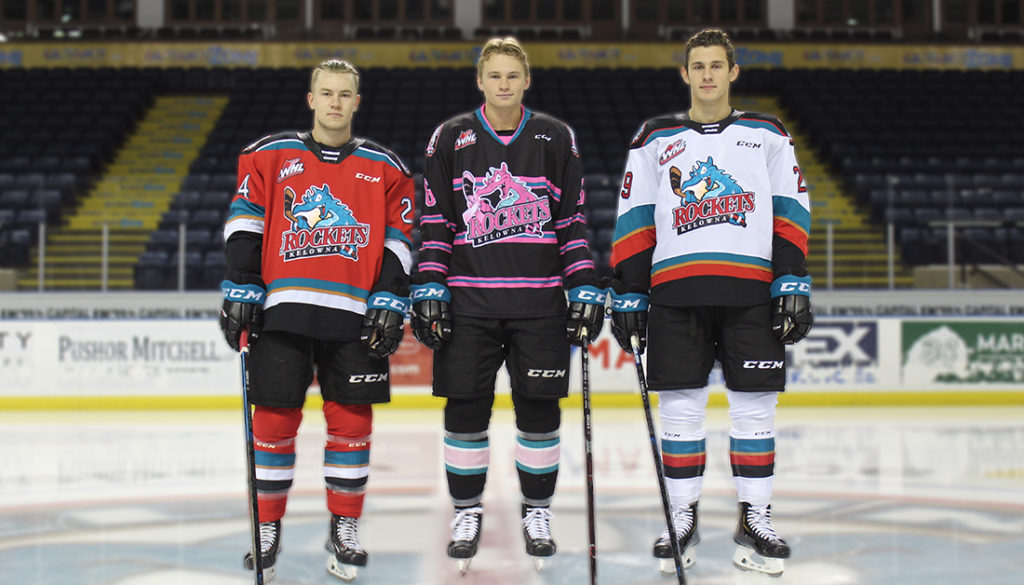 The Kelowna Rockets unveiled the team’s new uniforms today for the 2019-20 season as well as their Canadian Cancer Society Pink in the Rink jersey.

The Rockets will enter a new generation of jersey as the team not only has revamped the look but will also be wearing CCM’s Quicklite jersey technology.

The Quicklite jersey features a more breathable fabric that is designed for increased comfort, enhanced durability, and a better range of motion. They also include new CCM DNA on the back and a new signature collar design.

The red jersey will now feature the team’s primary logo and will become the team’s away jersey, replacing the black. For the first time in franchise history, the home white jersey will have black shoulders. A new black third jersey will be revealed in December.

“We haven’t made very many changes to our jerseys over the years,” said Rockets president and general manager Bruce Hamilton. “The home white one is a bigger change for us, we wanted to get a little more black on the shoulders. The red has always been a popular jersey, I think that it adds more colour to the arena.”

The Rockets will begin wearing their new sweaters once the regular season opens.

Retail versions of the new jerseys will be available at the Rockets store and online later this afternoon.

Kelowna will enter the season on a colourful note as the home opener on September 21 against the Spokane Chiefs will also double as the Canadian Cancer Society Pink in the Rink game.

It’s the tenth season in a row that the Rockets have hosted the game, the event benefits the Canadian Cancer Society. The game-worn jerseys, which feature a special ten-year shoulder patch, will be up for auction with the money raised going to the CIBC Run for the Cure.

“The success of this game over the last nine seasons wouldn’t be what it is without the fans,” said Rockets director of marketing Anne-Marie Hamilton. “None of this would be possible without the support of our amazing fans. Together we’ve raised over $75,000 for CIBC’s Run for the Cure, and we’re hoping to hit $100,000 this season.  We’ll have giveaways at the game for fans who are wearing pink.”

Pink glow wristbands will be handed out to fans in attendance, they’re also encouraged to wear pink to the game. Tickets are on sale at selectyourtickets.com, at the Prospera Place box office or by phone at 250-762-5050. 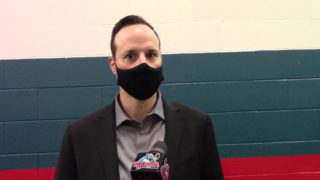