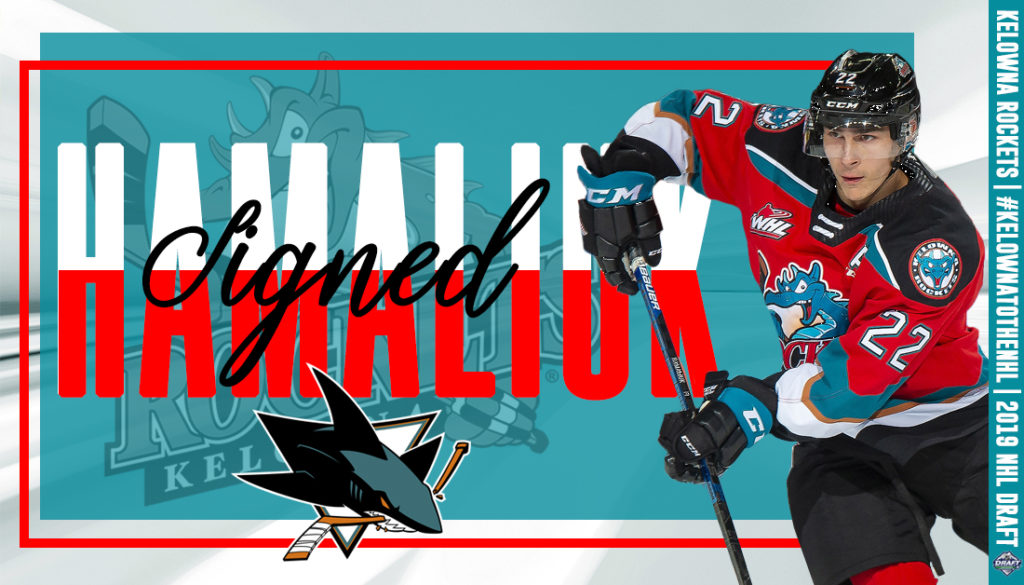 “Dillon is a rare power forward with a scorer’s touch,” said Sharks general manager Doug Wilson in San Jose’s press release. “He’s always one of the most competitive players on the ice and creates headaches for his opposition. We especially want to thank Kelowna Rockets President Bruce Hamilton and Head Coach Adam Foote for their commitment to Dylan and helping him excel on and off the ice.”

The six-foot-four, 193-pound winger was recently named to Team WHL’s roster, which will compete against Team Russia at the 2019 CIBC Canada Russia Series on November 13 and 14 in Saskatoon and Prince Albert, Sask.

Kelowna acquired Hamaliuk from the Seattle Thunderbirds at the 2019 WHL Bantam Draft.