Scott Cousins went from undrafted to Player of the Year 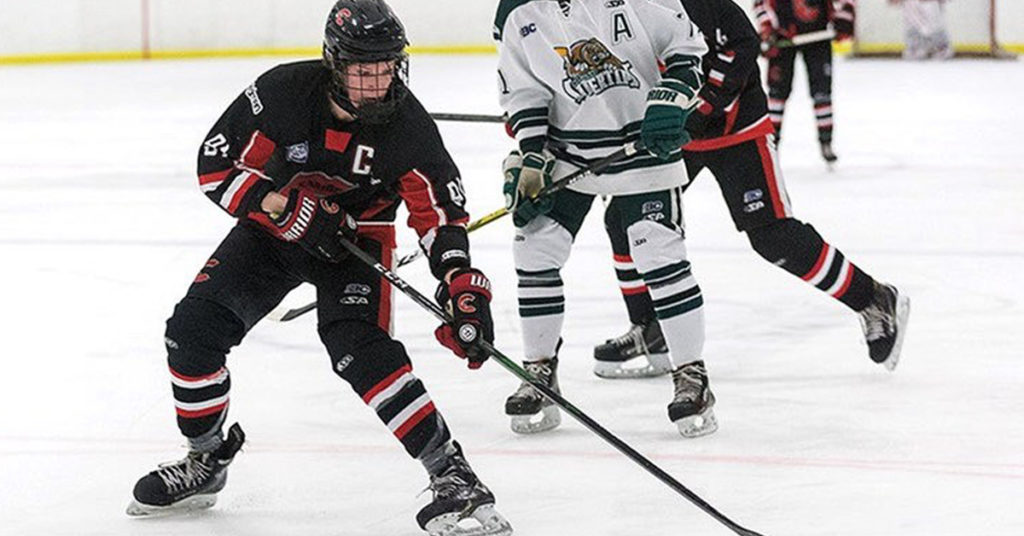 Last May Scott Cousins went undrafted in the WHL Bantam Draft, eleven months later the 16-year-old forward is now the BC U16AAA (Minor Midget) Player of the Year and one of the Kelowna Rockets top prospects.

Heading into this season he didn’t dwell on being passed over, instead he used his undrafted status to propel him.

“I knew going into the draft last year that it wasn’t a make it or break it scenario,” said Cousins. “My hockey career would go on whether or not I was drafted. When I didn’t get picked I didn’t take it too hard, I used it as motivation to get to the next level to prove to teams who didn’t draft me that they should’ve selected me.”

He was named the captain of the Cariboo Cougars Minor Midget team and found a scoring touch.

Cousins models his game after four-time Frank J. Selke Trophy winner Patrice Bergeron, he says that Bergeron’s ability to play a 200-foot game is something to strive for.

“I like to think that I’m a two-way forward who can put the puck in the net but is also solid and reliable in our end of the ice, I can be a player who has to take the big defensive zone faceoff.”

He was named BC Hockey’s Minor Midget Player of the month for November after putting up 39 points in just 14 games.

“I felt as the season progressed, my confidence level kept rising. I got a lot of help from my teammates and my coaches, they were all putting me in the best possible position to succeed and put the puck in the net.”

In December, he was rewarded for his hard work by being listed by the Rockets.

“My coach, Ryan Howse, pulled me to the side and let me know that something had gone down. Another WHL team tried to pick me up, but they couldn’t because someone else had beat them to it. We didn’t know who it was and had to wait to find out.

“When I learned it was Kelowna I was so excited. It’s the best situation for me; Kelowna is close to home, and the Rockets are such a great organization just looking at the names that have come out of there.”

“He’s sort of come out of nowhere, we were fortunate to get him,” said Frey. “The thing we like about him is that he’s a good two-way player, he’s good in all situations and can score. Scott’s a great skater and has a good work ethic to go along with it.”

Frey has unearthed undrafted players such as Shea Weber, Josh Gorges, Vernon Fiddler, Duncan Keith and Jamie Benn who all went on to NHL careers.

In late December, Cousins was called up to play with the Major Midget Cariboo Cougars at the Mac’s Midget AAA World Invitational Tournament presented by Circle K.

By the end of the season, the points had piled up for Cousins. His 57 points (28G, 29A) in 29 games left him tied for third in league scoring.

The Cougars picked up momentum after a slow start to season claiming their first regular-season title. They swept the North Island Silvertips in the first round before the season was cancelled.

“As a team, we came a long way this year. We started the year getting blown out by the Okanagan Rockets, and we wondered if maybe it was going to be a difficult season but we turned it around and grew.”

Last week he was named to the BC Hockey’s U16AAA All-Star team and awarded Minor Midget Player of the Year.

“It was an honour, there are a couple of other guys that could’ve easily been player of the year as well. Winning the award was the best possible way to end this season after how it ended due to the playoffs being cancelled.”