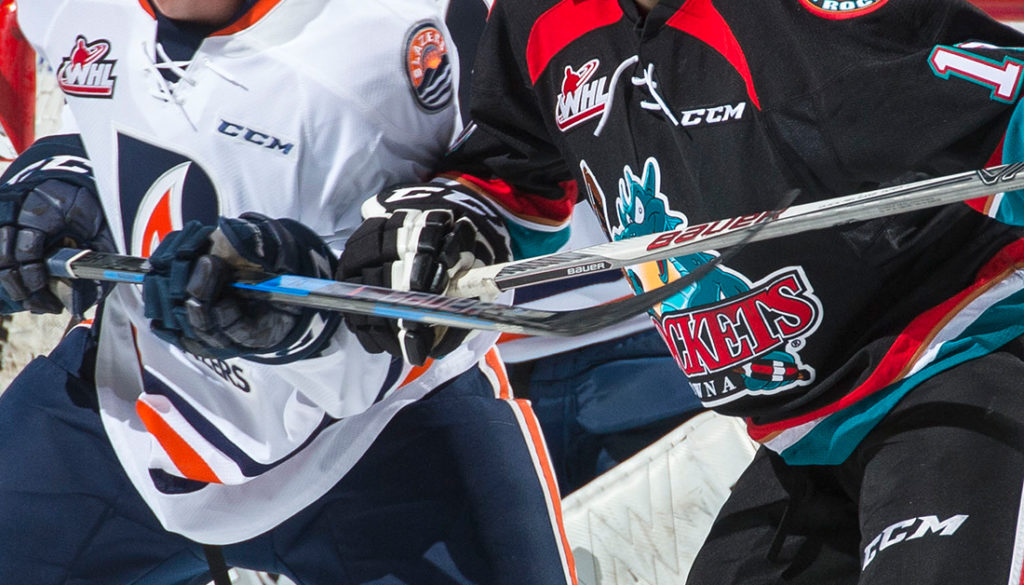 Defenceman Sean Comrie has yet to suit up for the Kelowna Rockets, but he’s already well aware of the Kelowna-Kamloops rivalry. The 19-year-old has a few friends behind enemy lines that have already warned him of what is to come.

Comrie played his midget hockey with the Delta Hockey Academy during the 2015-2016 season alongside current Blazers Brodi Stuart and Luke Zazula.

“It will be pretty weird playing against those guys,” said Comrie. “My best friend Ryley Appelt is also a Blazer, we’ve joked around about the rivalry and having the chance to play against each other.”

Comrie (6’0, 168-pounds) was originally drafted 44th overall in the second round of the 2015 WHL Bantam Draft by the Brandon Wheat Kings. The Rockets acquired his playing rights the Wheat Kings at the 2019 WHL Bantam Draft, he signed with Kelowna a couple of weeks later.

“I’m excited for the long journey ahead next year. I decided that wanted to go a different route, the opportunity with Kelowna hosting the Memorial Cup and the history of the club was something really intriguing to me. It will be a grind at some points, but I think management and the club will prepare us well for what lies ahead.”

The Edmonton product is looking forward to making the jump to the Western Hockey League after playing last season at Denver University.

“I’m going to take it one day at a time coming in. It will be a lot different than playing college hockey, there are more games and practices. I think that I will be able to come in and make an impact, I think I do have an offensive upside.”