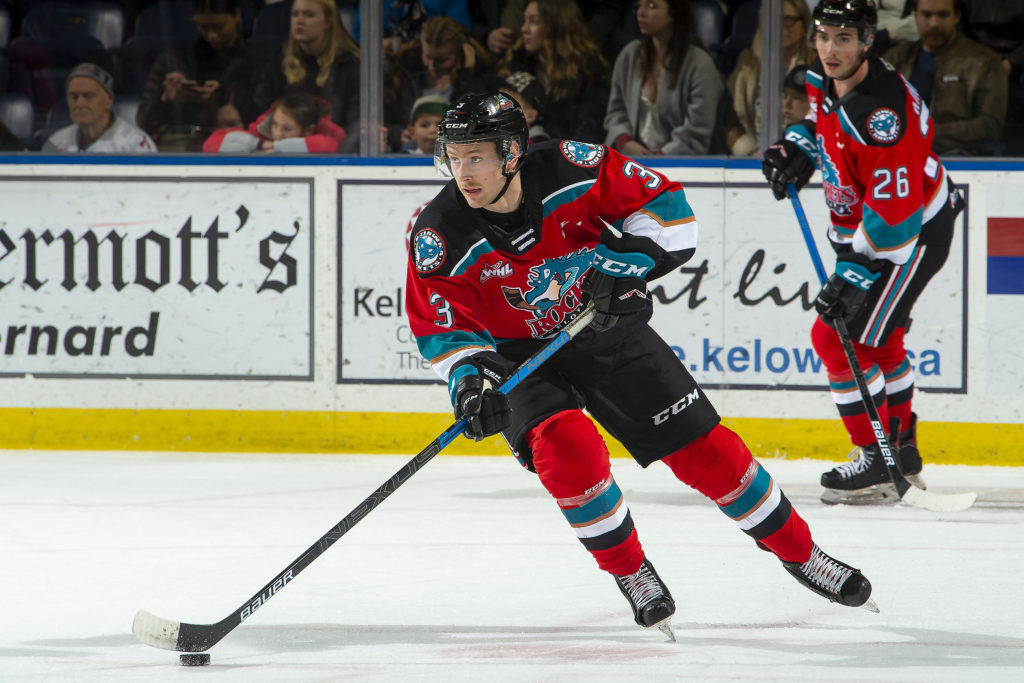 The Kelowna Rockets announced today that defenceman Sean Comrie will miss the remainder of the season after undergoing successful surgery on his shoulder this week.

Comrie has missed the Rockets last 12 games. The 2000 born defender has appeared in 35 games for Kelowna this season, picking up 3 goals and 14 assists.

He will face a 16-week recovery time.

Liam Kindree has resumed skating with the team after undergoing surgery for a broken collarbone on January 16. He is still six to seven weeks away from returning to action.

Nolan Foote remains away in New Jersey with the Devils medical staff. After the Devils acquired his rights from the Tampa Bay Lightning, New Jersey wanted to keep Foote in town during his recovery process. The Rockets captain is listed as week-to-week with a lower-body injury.

Michael Farren remains out week-to-week with an upper-body injury.

Dillon Hamaliuk suffered a lower-body injury in Friday night’s game against Everett. He is listed as day-to-day.

The Rockets have lost 156 man-games to injury this season.