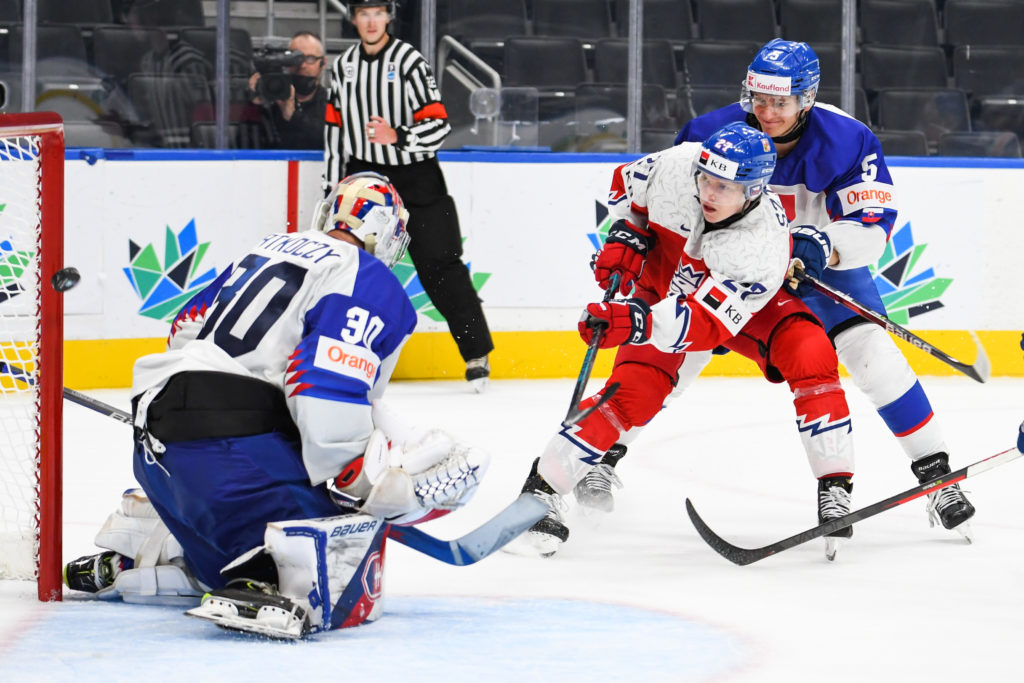 Kelowna Rockets forward Gabriel Szturc lifted Czechia to a 5-4 tournament-opening victory over Slovakia on Tuesday at the 2022 World Junior Championship in Edmonton, Alta.

It was a wild game that saw Czechia fall behind 2-0 before the ten-minute mark of the opening frame before answering with four unanswered goals. Down 4-2 late in the third, Slovakia rallied back with two goals on the power play to tie the game late.

With time ticking away in regulation, Szturc drove down the right wing and cut around a defender, beating netminder Simon Latkoczy with a high shot over his glove to score the game-winner with 1:50 left on the clock.

Szturc finished the game with a goal, two penalty minutes, three shots on net and a +1 plus/minus rating.

Szturc and Czechia face Finland on Thursday at 11:00 am PT, you can watch the game on TSN.

Gabriel Szturc breaks the tie with under two minutes to play! #WorldJuniors pic.twitter.com/s5Kj4ZEuxQ