The youngest Rocket is enjoying life as a rookie 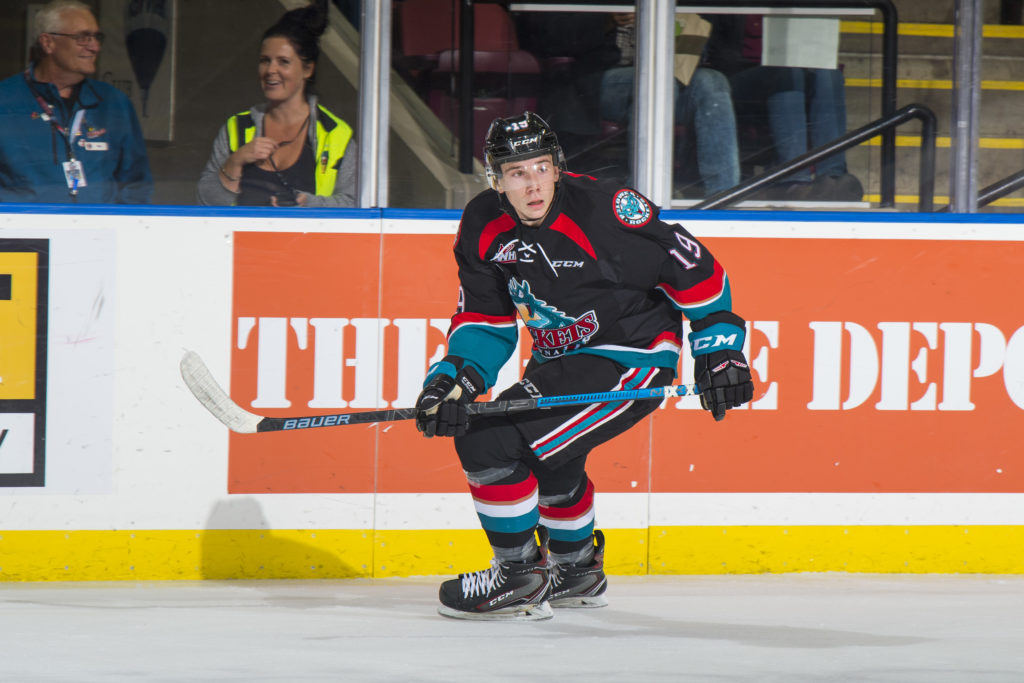 Ethan Ernst was the lone 16-year-old to crack the Rockets roster out of training camp this past September.

He was selected in the third round, 61st overall by the Rockets at the 2017 Western Hockey League Bantam Draft after putting together a 33 point (19G, 14A) campaign over 30 games played with the Notre Dame Hounds Bantam AAA (CSSBHL). Last season he had 35 points (15G, 20A) while playing in 41 games with Notre Dame Hounds Midget AAA (SMHL).

The Weyburn, SK product is used to being away from home; he was only about 45 minutes away from home while playing with Notre Dame in Wilcox, SK. But he says that’s one of the biggest differences he has faced in moving to Kelowna.

“One of the biggest differences in making the jump to the Rockets has been being farther away from home,” said Ernst.  “The scenery and the weather is a lot nicer here, Kelowna has its perks. My billet family is really great, they’ve helped me adjust. My teammates have also shown me the way and helped me out.”

The 5’11, 168 pound forward has five points (1G, 4A) and only two penalty minutes through 42 games with the Rockets this season. He says that the game is a lot different at the major junior level, but is getting the hang of it.

“The game is a lot faster, guys are bigger and stronger. It was a big adjustment coming in as a rookie, but I’m starting to get used to it,” said Ernst.

Ernst’s ice time has picked up as the season has progressed, he has been trusted in a variety of situations including on the penalty kill and in the shootout.

“The shootout was a little nervewracking, but I’ve got that under my belt. Getting the chance to play different roles has been fun, I’m learning each and every game.”

Your next chance to see Ernst and the Rockets is this Wednesday when they host the Seattle Thunderbirds for Hat Trick Wednesday. Purchase your ticket before 2:00 pm on game day and watch the game with a hot dog and pop for $19.99. Tickets are on sale at selectyourtickets.com, at the Prospera Place box office or by phone at 250-762-5050.