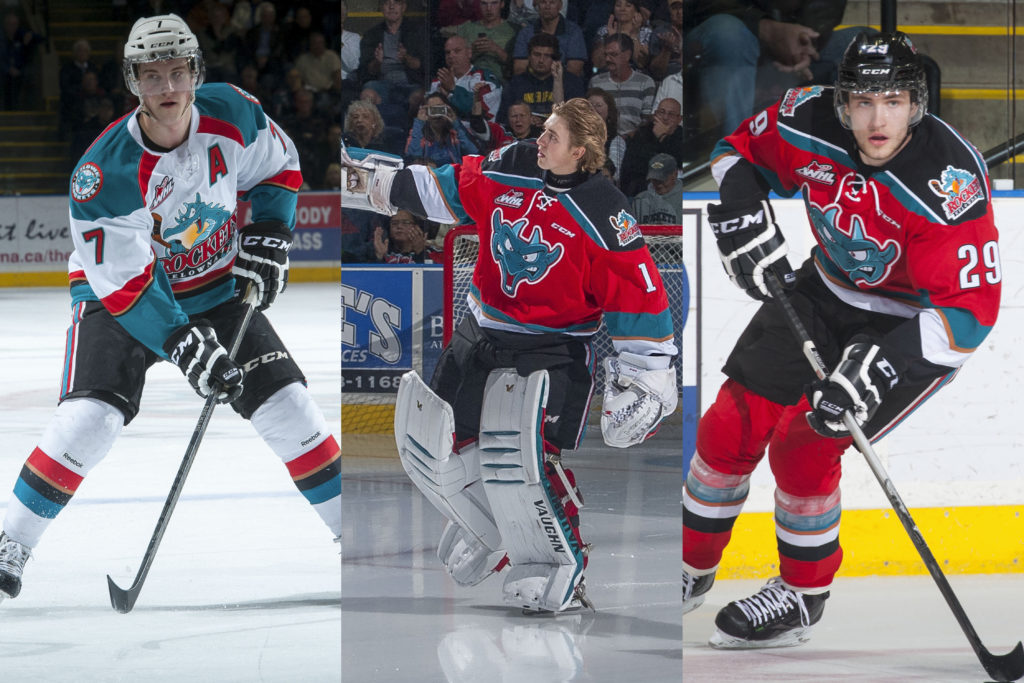 Three former Rockets will represent their countries at the 2019 IIHF Ice Hockey World Championship starting tomorrow in Bratislava and Kosice, Slovakia. Defencemen Damon Severson will man the blueline for Team Canada, Leon Draisaitl will suit up for Germany, and Jackson Whistle will backstop Great Britain.

This will be Severson’s third time representing his country; he was a member of Team Western Canada at the World U-17 Hockey Challenge in 2011 and won bronze at the 2012 IIHF World U18 Championship. He set a career high for goals and points this past season with 39 (11G-28A) in 82 games with the New Jersey Devils. Team Canada will open the Championship against Finland tomorrow at 10:15 a.m. ET / 7:15 a.m. PT.

Draisaitl has played for Germany on the international stage on numerous occasions. This season he became the first Rocket alumni to score 50 goals and tally over 100 points in an NHL season with 105, he finished the campaign with 50 goals and 55 assists in 82 games. He also participated in his first NHL All-Star game.

Whistle helped Great Britain qualify for this tournament last year when they finished first in the Division 1A standings of the 2018 IIHF World Championship to secure their spot. The Kelowna product completed his fourth season in the EIHL, his second as a member of the Sheffield Steelers. He appeared in 50 games this season posting a record of 25-23-0 with a 3.20 goals against average (GAA) and an .898 save percentage (SV%).

All Team Canada games will be broadcast live on TSN and live streamed on TSN.ca.

You can find the complete schedule for the men’s world ice hockey championship by clicking here (times and dates are ET).