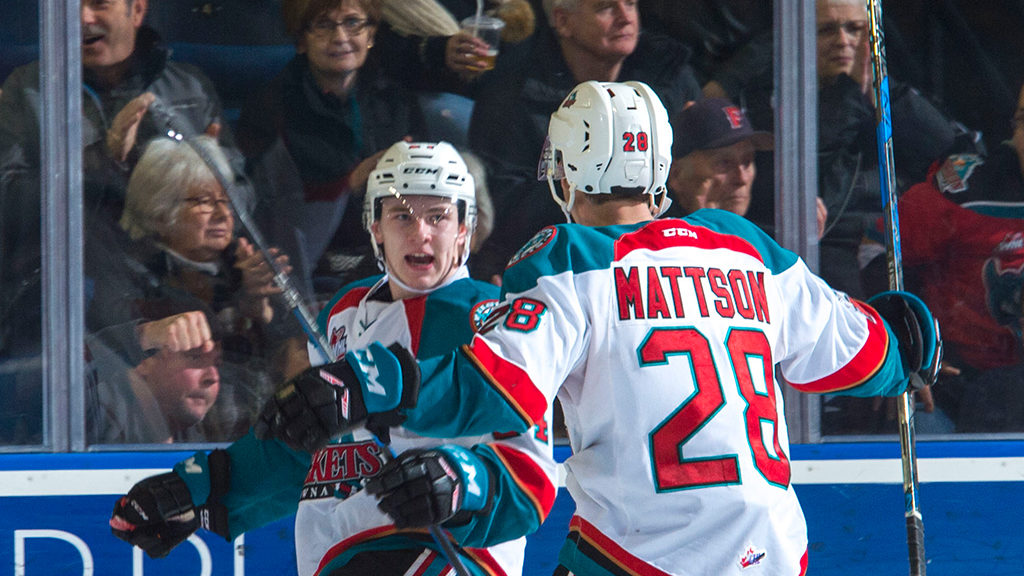 The Carolina Hurricanes announced yesterday that Kelowna Rockets forwards Kyle Topping and Leif Mattson have been added to the team’s roster for the 2019 NHL Prospects Showcase. The event takes place from Sept. 7-10 at Ford Ice Center Antioch in Nashville.

Topping lead the Rockets in assists and points last season, he had 23 goals and 46 assists for 69 points in 68 games. He says that he’s looking forward to the opportunity.

“It’s super exciting,” said Topping. “Anytime that you get the chance to go to a tournament like that it’s an honour. It’s going to be fun going with Leif, it will be a good experience for both of us.”

Mattson set career highs in assists and points last season while tying for second in team scoring. He had 22 goals and 41 assists in 63 games played. He says that he just needs to play his game.

“It’s an experience that I’ll cherish for sure,” said Mattson. “I just need to go in show them what I can do. It’s pretty cool having both Kyle and I go together.”

Carolina will play its first game of the showcase against the Washington Capitals on Sept. 7 at 2 pm ET. There is a chance that the duo will face Nolan Foote when the Hurricanes take on the Tampa Bay Lightning’s prospects on Sept. 8 at 5 p.m. ET. The team will complete the event with a 2 p.m. ET showdown against the host Predators.