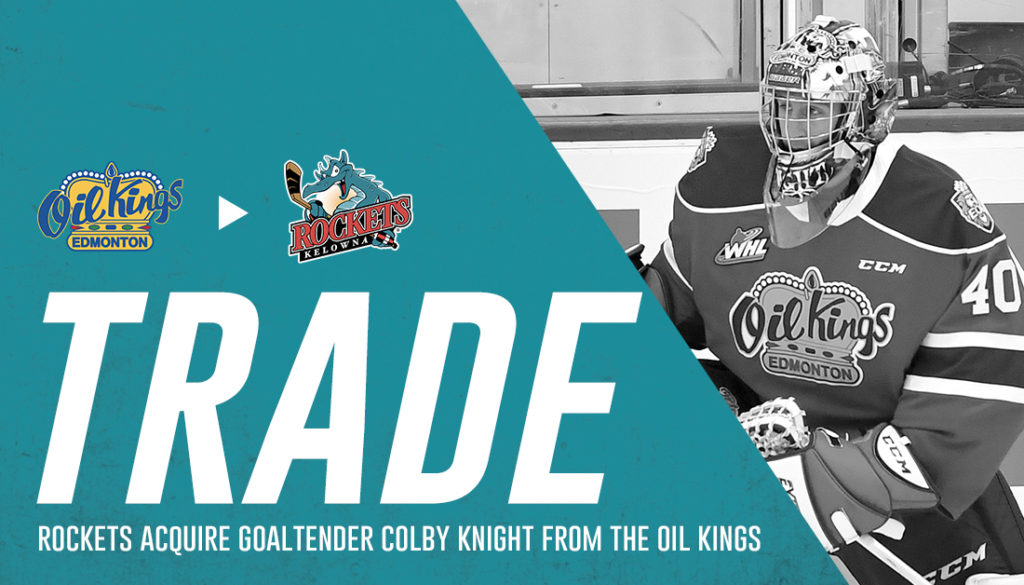 The Kelowna Rockets have acquired goaltender Colby Knight from the Edmonton Oil Kings in exchange for the Rockets fourth-round pick in the 2025 WHL Prospects Draft.

The 6’3″, 190-pound netminder was originally a fifth-round draft pick of the Oil Kings, 92nd overall, in the 2018 WHL Prospects Draft.