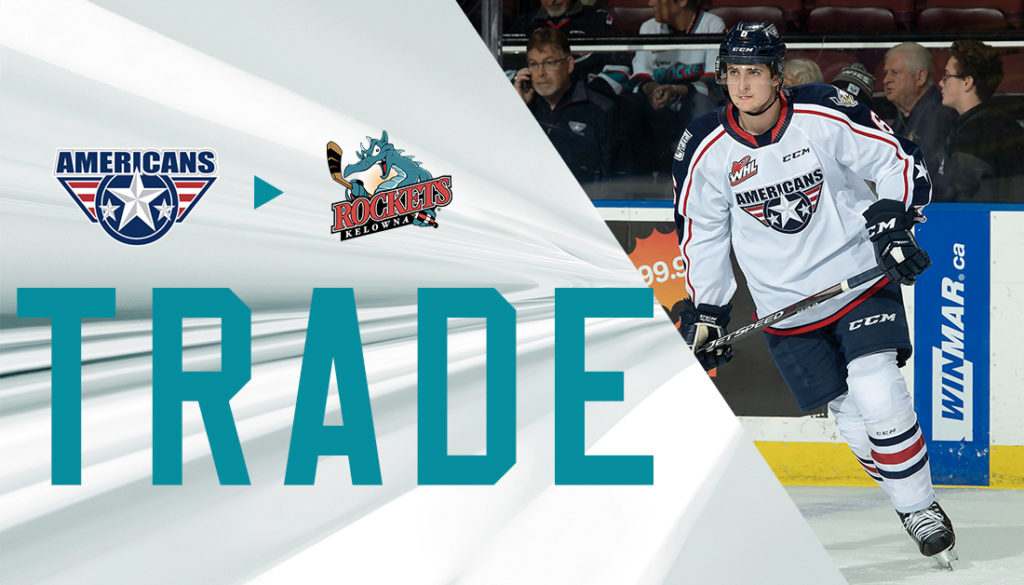 The Kelowna Rockets announced today that they have acquired defenceman Jarod Newell from the Tri-City Americans. In exchange for Newell, the Americans receive the Rockets sixth-round pick in the 2022 WHL Bantam Draft.

The Americans selected Newell during the fourth round (No. 82) of the 2017 WHL Bantam Draft. He is currently playing with the Camrose Kodiaks of the AJHL, posting five assists in 18 games.

The 17-year-old has appeared in 45 games with the Americans over the last two seasons, collecting a goal and an assist.

He’ll remain with the Kodiaks as an affiliate player of the Rockets.