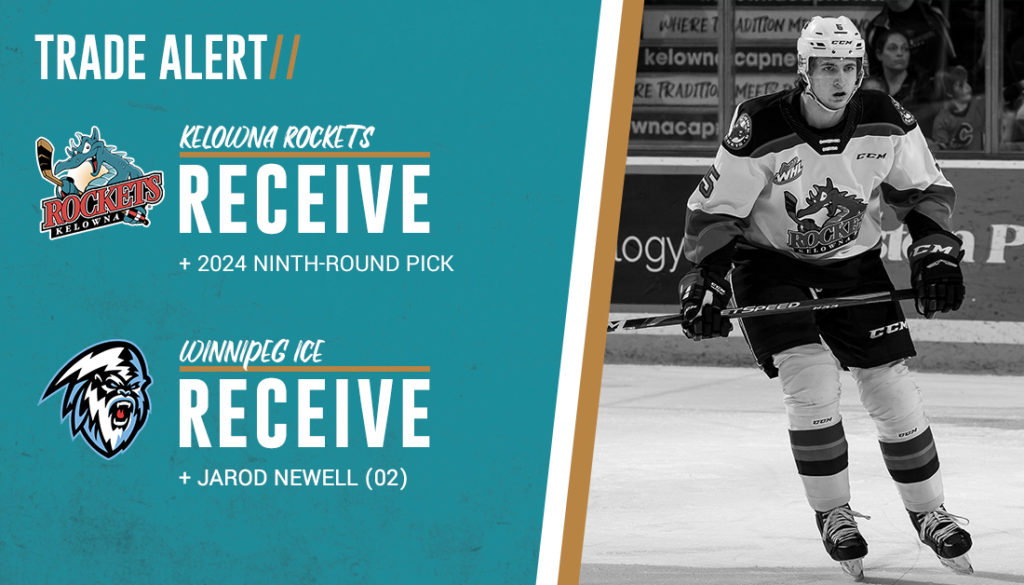 The Kelowna Rockets announced today that they have acquired a ninth-round pick in the 2024 WHL Prospects Draft from the Winnipeg ICE in exchange for the rights to defenceman Jarod Newell.

Newell, 19, was originally acquired by the Rockets at the trade deadline in 2020. He appeared in eight games for Kelowna during the 2019-2020 season, posting a -2 plus/minus rating.

The Wainwright, AB product has spent the last two seasons with the AJHL’s Camrose Kodiaks while remaining on the Rockets protected list.