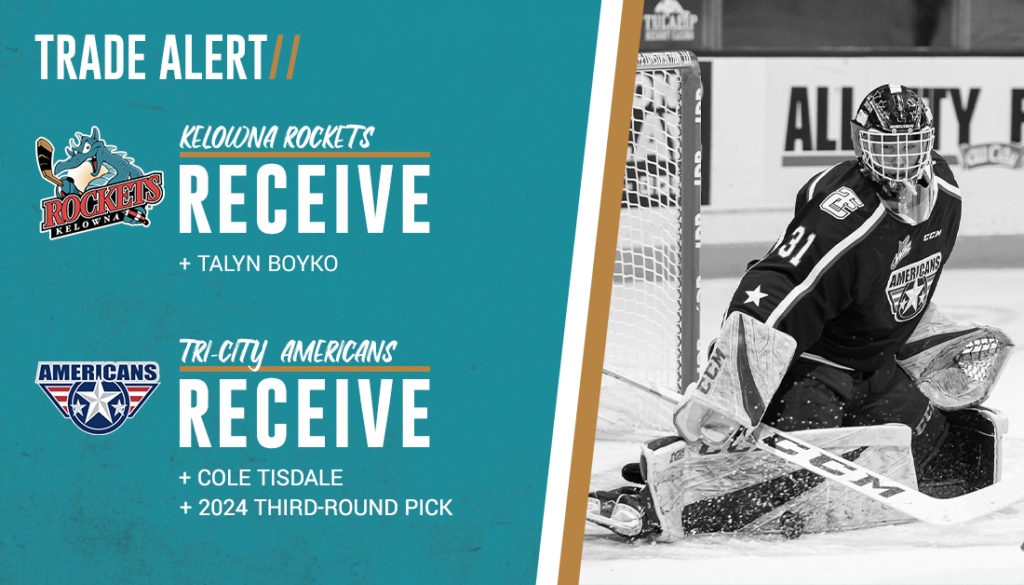 The Kelowna Rockets announced today that they have acquired goaltender Talyn Boyko from the Tri-City Americans in exchange for a third-round selection in the 2024 WHL Prospects Draft and goaltender Cole Tisdale.

The Drumheller, Alta. product was originally drafted by the Americans in the third round, 53rd overall, in the 2017 WHL Prospects Draft.

Boyko and the Rockets will be in action on Wednesday when they wrap up their homestand with a matchup against the Kamloops Blazers at Prospera Place. A limited number of single-game tickets are available at selectyourtickets.com, at the Prospera Place box office or by phone at 250-762-5050.