THE WESTERN HOCKEY LEAGUE HAS ANNOUNCED ITS RETURN TO PLAY PROTOCOL FOR THE 2020-21 SEASON, CLICK HERE TO LEARN MORE
THE ROCKETS ONLINE STORE AND STORE IN PROSPERA PLACE ARE TEMPORARILY CLOSED
December 6, 2018 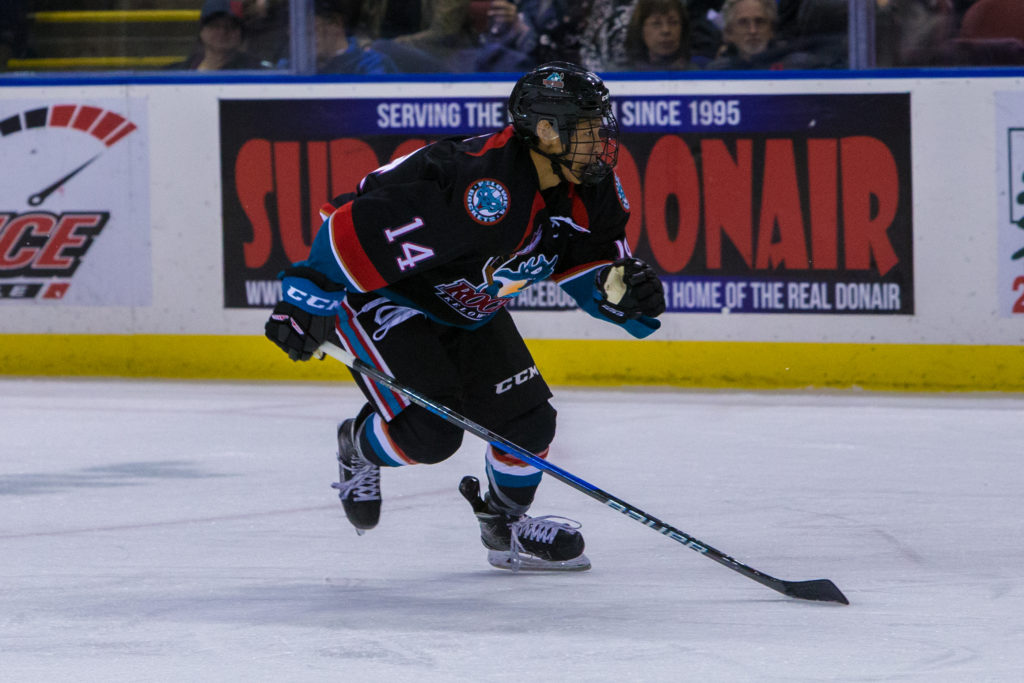 BC Hockey named their male U16 roster that will represent Team BC at the 2019 Canada Winter Games in Red Deer, Alberta from February 15th to March 3rd, 2019. The list includes three Rockets prospects; Trevor Wong, Elias Carmichael and Steel Quiring.

All three players were selected by the Rockets at this past June at the 2018 WHL Bantam Draft. Assistant General Manager/Director of Player Personnel, Lorne Frey says that the Rockets are ecstatic to see the trio receive invites.

“We’re very pleased, they’re good players,” said Frey. “We’re happy with the years that they’ve had so far, we’re very excited for them. Wong has faced a little adversity this season. It’s good for him to face some of that, we think it will help him grow. Carmichael is having a great season, he’s a big young man that skates well with offensive ability. Steel has had a very good year, he was leading the team in scoring until he suffered an injury, but he is back now and looking good.”

Wong was drafted in the first round, 18th overall after putting up 64 goals and 77 assists for 141 points in just 30 games with St. George’s School Bantam Varsity (CSSBVHL). He also added five goals and 18 assists for 23 points in five postseason games. The 5’8, 135-pound centre, has 19 points (6G, 13A) and 21 penalty minutes in 20 games played with the Greater Vancouver Canadians (BCMML).  He made his WHL debut with the Rockets on October 27th against the Prince George Cougars.

Carmichael, a 6’1, 181-pound defenseman was a second-round pick of the Rockets. Last season he had 19 points (2G, 17A) and 38 penalty minutes in 30 games played with the Burnaby Winter Club Bantam Prep (CSSBHL). This season has 13 points (3G, 10A) and ten penalty minutes in 19 games played with Burnaby Winter Club Prep (CSSHL).

Team BC will begin their quest for gold at the 2019 Canada Winter Games on February 16th, 2019 against Manitoba.