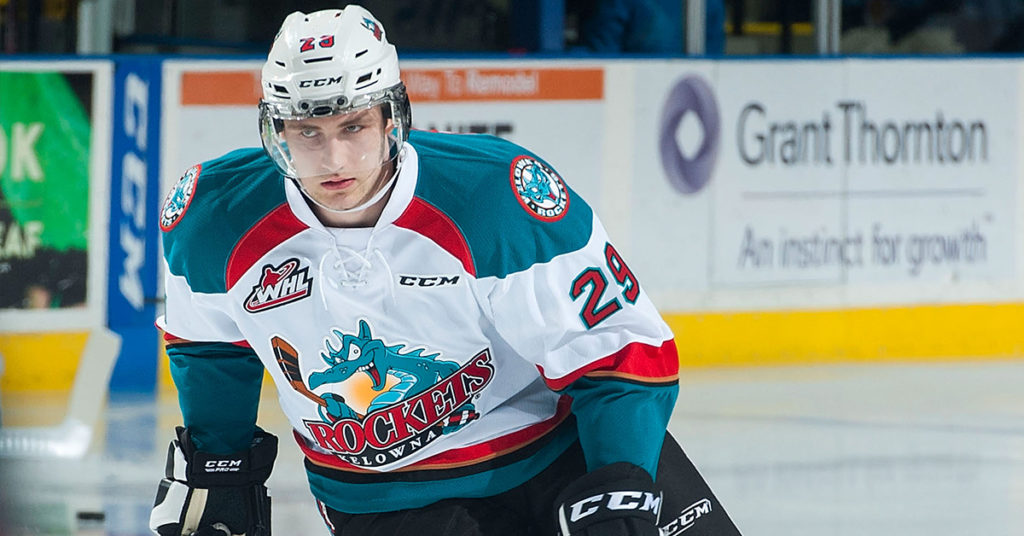 Tuesday afternoon, NHL Commissioner Gary Bettman announced the 2019-20 NHL regular season had officially come to a close as he unveiled the league’s plan for a 24-team playoff in the coming months. With that announcement, Draisaitl’s place atop the NHL scoring charts was officially cemented, earning him the Art Ross Trophy.

He’s the second Rocket to win the Art Ross Trophy, Jamie Benn won it during the 2014-15 campaign.

Since arriving on the NHL scene, the former WHL star has done nothing but electrify. Over the course of 422 career NHL regular season contests, Draisaitl has 422 points (168G-254A) to his credit, adding another 16 points (6G-10A) in 13 career NHL post-season outings.

Prior to emerging as a modern day NHL superstar, Draisaitl honed his skills in the Western Hockey League, landing in North America for the first time as a member of the Prince Albert Raiders.

Selected second overall by the Raiders in the 2012 CHL Import Draft, Draisaitl made an immediate impact upon his arrival in Hockey Town North, registering 58 points (21G-37A) in 64 games during his rookie campaign. He spent two seasons in Prince Albert, recording 163 points (59G-104A) in 128 regular-season games. A 105-point season in 2013-14 saw Draisaitl named to the WHL’s Eastern Conference First All-Star Team, and ultimately, resulted in the Edmonton Oilers calling his name third overall during the 2014 NHL Draft in Philadelphia.

After a 39-game tour with the Oilers to open the 2014-15 season, Draisaitl was eventually returned to the WHL and subsequently traded to the Kelowna Rockets. The German forward’s triumphant return to the WHL was nothing short of dominant, as he recorded 53 points (19G-32A) in only 32 regular season games. Draisaitl’s injection of offence helped the Rockets secure a second-place finish in the WHL’s overall standings with a record of 53-13-5-1 (112 points).

From there, Draisaitl and the Rockets tore up the WHL post-season. With 28 points (10G-18A) in 19 playoff contests, Draisaitl was named WHL Playoff MVP as the Rockets captured the Ed Chynoweth Cup, sweeping the Brandon Wheat Kings in four games. Though the Rockets eventually fell in overtime to the Oshawa Generals in the Memorial Cup championship, Draisaitl continued to have his way with opponents, registering seven points (4G-3A) in five games to lead the tournament in scoring en route to being presented with the Stafford Smythe Trophy as Memorial Cup MVP.