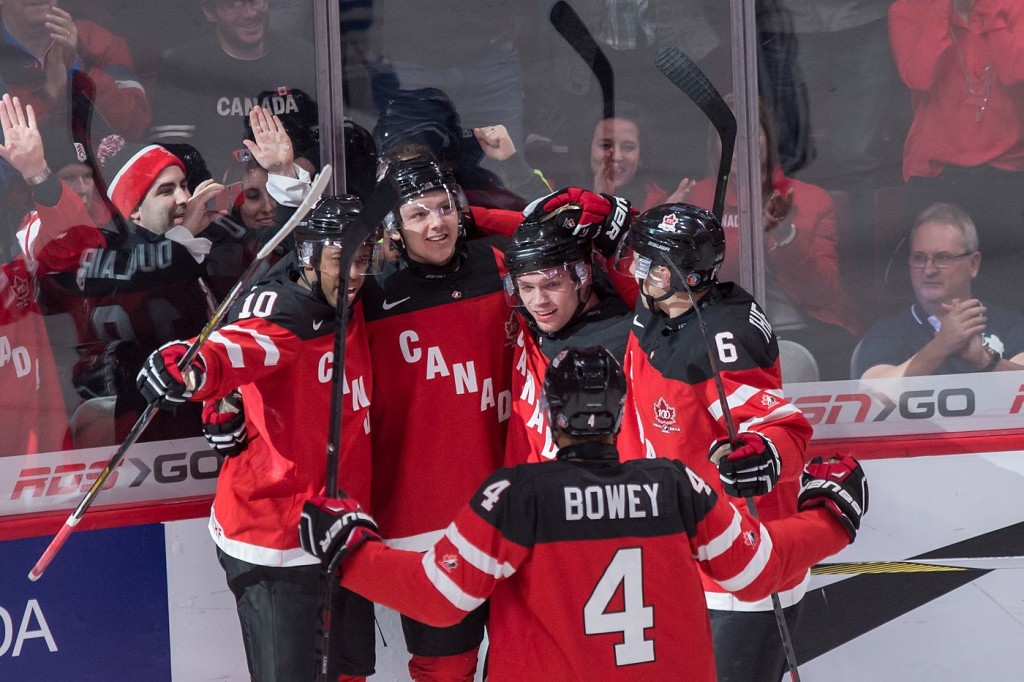 A good portion of the gold-medal winning Canadian blueline will return to Kelowna this week and re-join the Rockets after Madison Bowey and Josh Morrissey celebrated a gold medal on Monday night at the 2015 World Junior Championship.

The defence partners, who have yet to skate together on the Rockets blueline, had a great tournament playing together with Team Canada, laying out huge hits and crisp passes throughout the event.

Bowey, the Rockets captain, was his dynamic self on the world stage with spectacular plays and a soiid game in both ends of the ice, while Morrissey could have been Team Canada’s best defenceman, witness his assist in the gold medal game, and also had a very physical tournament.

As for Hamilton, the Rockets GM adds a World Junior gold medal to his resume in his second season with the World Junior management committee.

Bowey and Morrissey are expected to be back in the line-up on Saturday night at Prospera Place when the Rockets host the Medicine Hat Tigers.