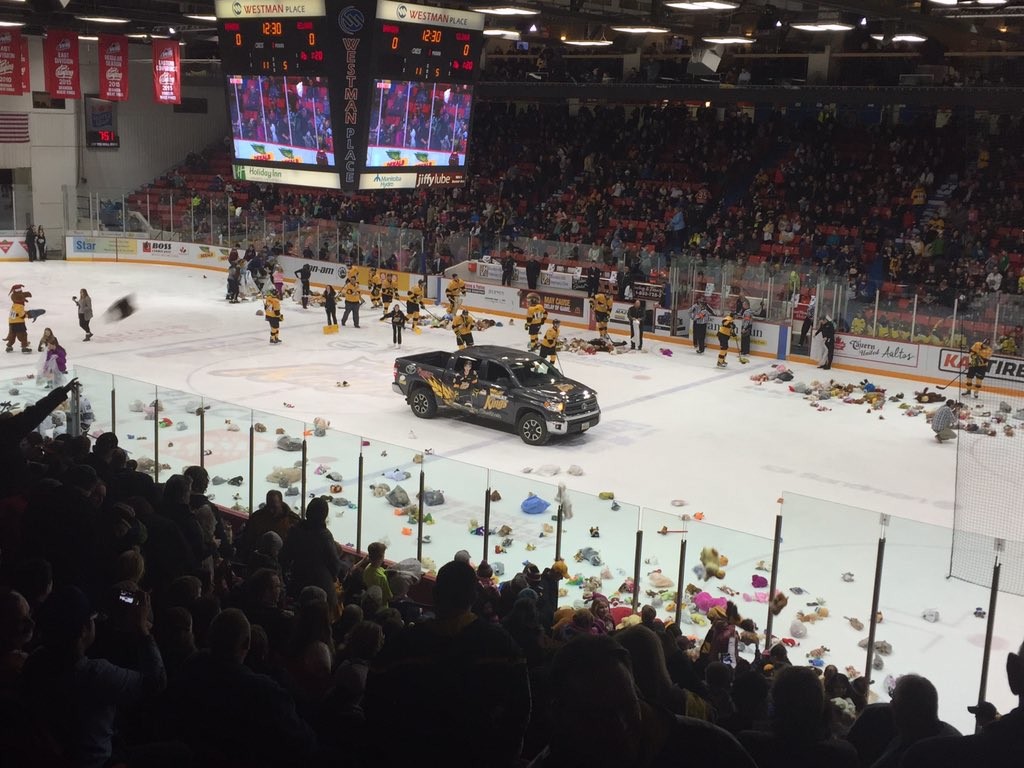 The Brandon Wheat Kings defeated the Kelowna Rockets 5-1 on Saturday night at Westman Place in Brandon as the Rockets fell to 1-and-1 on its six game road trip through the WHL Eastern Conference.

The Wheat Kings scored twice in the first and then added three more in the first 8:48 of the second period to jump out to a 5-0 stranglehold on the game.

The loss snapped a four game winning streak for the Rockets and drops their record to 23-7-1-0 on the season, still first place in the WHL.

Lucas Johansen scored the Rockets lone goal, his fourth of the season, in the third-period. Jackson Whistle surrendered four goals while Michael Herringer finished the game, allowing the fifth goal.

The Rockets are now idle until Tuesday when their road trip continues in Swift Current. Kelowna also plays in Moose Jaw Wednesday, Prince Albert next Friday and Saskatoon Dec. 19th to close out their pre-Christmas schedule.

Kelowna’s next home game is Dec. 28 when they play host to the Kamloops Blazers.