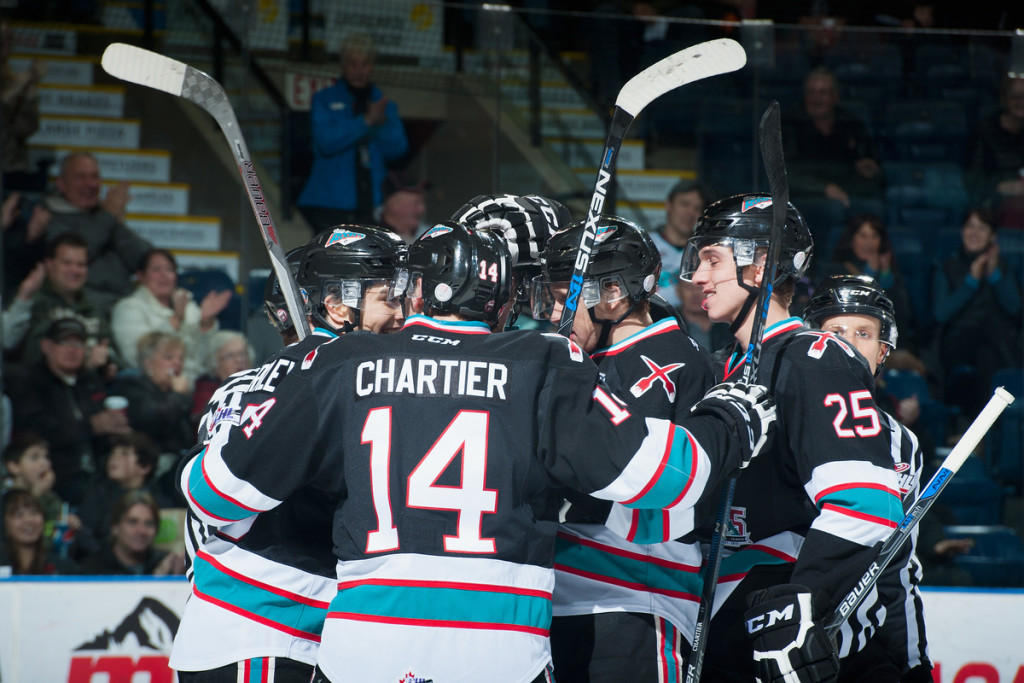 The Kelowna Rockets defeated the Kootenay Ice 4-1 on Wednesday night at Prospera Place as forward Rourke Chartier made a successful return to the line-up.

Chartier scored three times in his first game after missing 19 games to injury, leading the Rockets to the win, as the team improved to 20-6-1-0 on the season.

Justin Kirkland also scored for the Rockets while Nick Merkley had two assists in the win, setting up two of Chartier’s goals.

Jackson Whistle earned the win in net as Kelowna dominated territorially and on the shot-clock, outshooting the Ice 59-19.

The Rockets are back in action on Friday night when they play host to the Medicine Hat Tigers in the first Kane’s Harley Davidson Food Bank Challenge, where fans are asked to bring donations for the Kelowna Food Bank for a chance at great prizes, including a grand prize of a trip for two to a Canucks game.