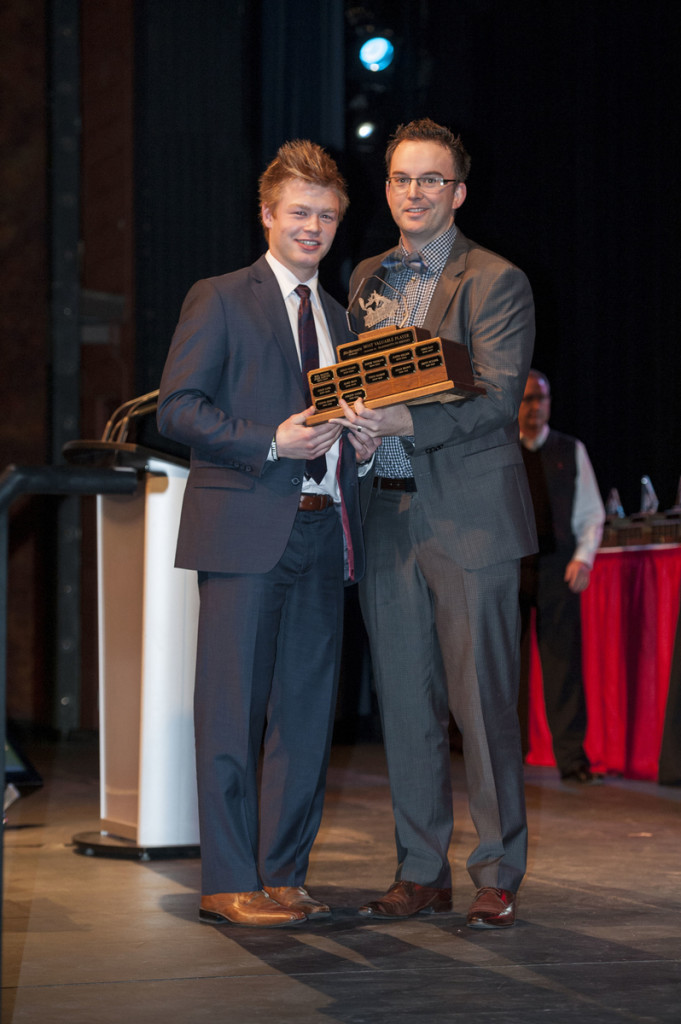 For the past two seasons Jordon Cooke has done virtually everything for the Kelowna Rockets. 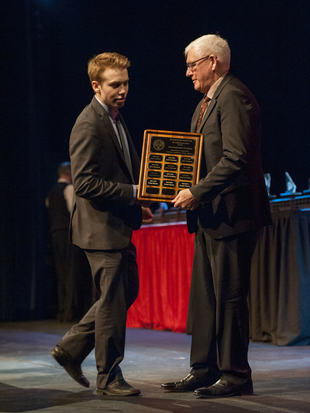 On Sunday Cooke was rewarded for his efforts as he was named 2013-14 Kelowna Rockets team MVP as well as the team’s Humanitarian award winner.

“It’s all about the team in front of me,” said Cooke following the ceremony. “Without them I wouldn’t be standing here.”

While true, where Cooke has been standing for much of the season, is on his head as the Rockets’ last line of defense. The 20-year-old Leduc, AB native has been sensational in his final season of junior hockey, posting a 2.28 GAA and a .922 save percentage this season, in posting a 39-7-0-4 record.

Cooke’s awards capped off an afternoon where the Rockets were honoured for the best regular season ever in Rockets franchise history. 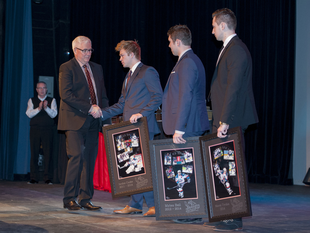 “Today I want you guys to reflect back on a great season,” said Rockets’ head coach Ryan Huska. “The unfortunate thing about sports is that tomorrow, no one cares that we won 57 games or had 118 points. I want you guys to enjoy today but tomorrow we go back to work. We can’t take anything for granted. Nothing is going to be handed to us.”

The awards ceremony also honoured the Rockets three outgoing 20-year-olds as Cooke, Myles Bell and Marek Tvrdon will close out their junior careers this post-season.

For the second straight year Damon Severson was named Rockets top defenceman after finishing with a plus-47 rating on the season. 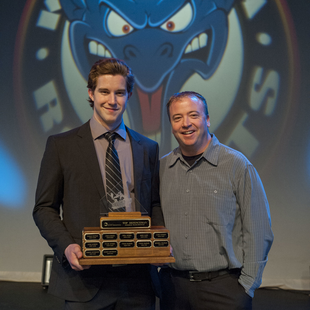 “I just wanted to progress as the season carried along here,” said Severson who finished third in team scoring with 15 goals, 46 assists and 61 points. Severson’s 15 goals are tied for the fourth most all-time for a Rockets defender, behind only Madison Bowey, who set a new franchise record this season with 21, Tyson Barrie (19) and Scott Hannan (17).

Second-year forward Rourke Chartier won three awards as he walked away with the Hollis Peirce award as the Rockets top defensive forward, the Scholastic award as well as the Most Sportsmanlike trophy after scoring 24 goals, 34 assists and 58 points while only taking four minor penalties the entire season. 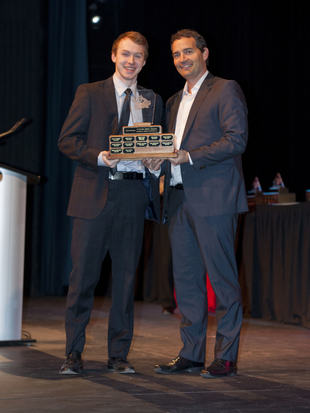 Cole Martin also won two awards, being named the Rockets Unsung Hero as well as the plus-minus winner, with an incredible plus-61 rating, the highest plus-minus in the WHL.

“Without scoring a goal all season, I definitely want to thank all the boys for this,” said Martin, a native of Arlington, TX, whose family was in Kelowna for the awards ceremony.

Nick Merkley, whose 25 goals was the third amongst WHL rookies and the highest mark amongst 16-year-olds in the WHL, was named the Rockets top rookie.

Goalie Jackson Whistle was named the Rockets Most Improved Player, while Myles Bell was the top scorer after his 42 goal, 77 point season.