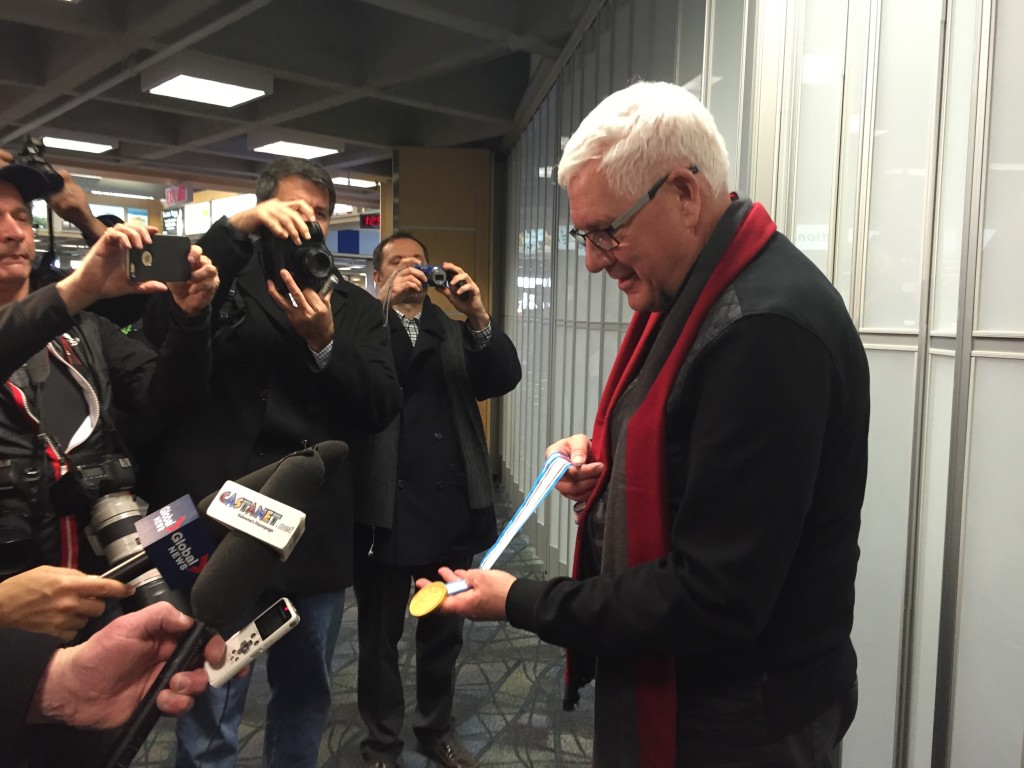 The commotion at the Kelowna airport Tuesday afternoon was something else. 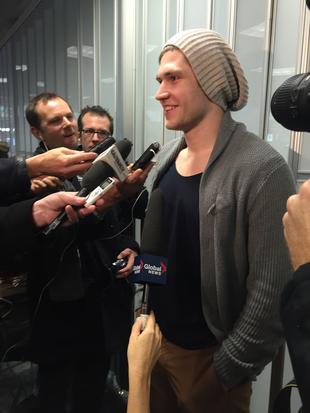 It was an extremely exciting afternoon for the Rockets organization as it was filled with two Rockets arrivals: First with newly acquired centre Leon Draisaitl arriving after a trade with the Prince Albert Raiders that had been rumoured for weeks was made official Tuesday morning.

After a 37 game stint in the NHL with the Edmonton Oilers, Draisaitl was sent back to junior, landing him with the Rockets today.

Draisaitl was all smiles with the media but ready to get to work. Two hours after arriving, he hit the ice with his new teammates for the first time.

Back at the airport, about 20 minutes after Draisaitl’s arrival, Rockets GM/President Bruce Hamilton and his wife landed with some hardware to show off from the World Junior Championship.

After capturing the gold medal last night in Toronto, as part of Team Canada’s World Junior management committee, Hamilton was more then happy to pull that medal out of his bag.

“It feels great It was a great experience it was wonderful group of players and the staff was just fabulous,” said Hamilton. “A s we got more time together our team became closer. I just think Benoit Groulx and the coaching staff did a marvellous job of getting these guys prepared to do what they had to do. They never lost faith. Last night we had a little adversity but in true Canadian form they stood their ground and got it done it was a thrill to be there on the ice last night.”

Hamilton also announced that this will be his last tournament with Team Canada’s World Juniors.

“It’s time for my family to be able to spend the holidays together,” he said.

Hamilton added he is excited to see what his new addition Draisaitl can do for the club, as well as get Josh Morrissey into the mix and Madison Bowey back on Kelowna’s blue line.

Draisaitl will play Wednesday night when the Rockets host Vancouver while Bowey and Morrissey will be back in the Rockets lineup at home to Madicine Hat on Saturday.