When the Tacoma Rockets WHL expansion franchise began play in the 1991 Western Hockey League season, few could have predicted just how successful the organization would become, nor the place that it would happen.

But when the Rockets moved across the American border to Kelowna four years later, relocating to the the largest city in the B.C. Okanagan, the scene was set for what would become a connection between a team, its hockey players that has produced a steady barrage of championship teams. 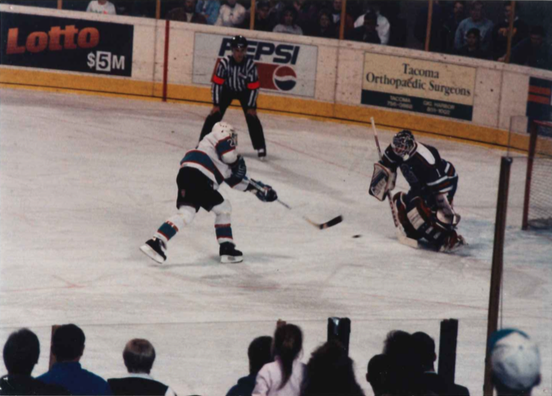 Majority-owned and operated by the Hamilton family—Bruce Hamilton is President/GM/Governor and WHL board chair, brother Gavin Hamilton is VP of Business and Anne-Marie Hamilton is Director of Marketing, the Rockets franchise took off in Kelowna.

Only once in the 18 years since 2000 have the Rockets iced a team that finished below .500. Seventeen banners hang from the rafters at Prospera Place, including the 2004 Memorial Cup Championship, four WHL Championship banners and seven WHL BC Division titles.

The Rockets have won more than 50 games four times. Seven times they have won 40 or more games. Five times they have been to the Memorial Cup. While the wins and championships alone stand the test of time, the Rockets existence in Kelowna has also helped to bring several huge events to the city, including the World Junior Hockey Championship, the CIBC Canada/Russia Series, the CHL/NHL Top Prospects Game, Team Canada men’s orientation camp, Detroit Red Wings, Anaheim Ducks, Dallas Stars practices, the list goes on.

But the biggest event for Rockets fans remains the 2004 Memorial Cup, the championship event that Kelowna hosted and won. On the ice the team was stifling hot and outside the party was just as good as organizers threw a 10-day festival that set the stage for tournaments to come. 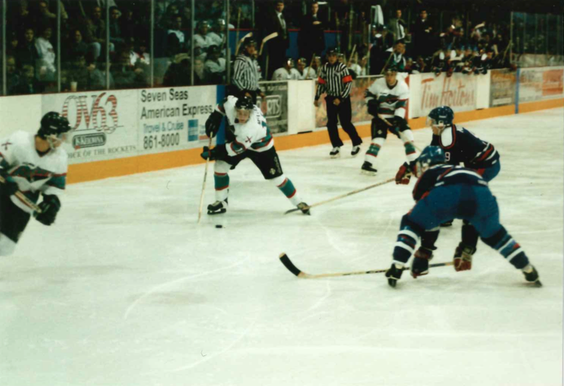 While the team can boast so many successes it wasn’t always smooth sailing for the franchise in the Okanagan. The first four years in Kelowna the team played out of the aging Memorial Arena with its wooden bleachers seating just 2,000 fans. The business operated out of an office blocks away from the arena meaning the team had to move in to host the games and move out after every single game.

The first teams to ever skate for the Rockets in Kelowna were big, rough and tumble teams that played an intimidating style on the smaller ice surface of Memorial. It may have been entertaining for the fans but the results were mediocre as the team languished around .500.

But when the Rockets brand new, 6,007 seat arena opened in April of 1999 the team was ready for a permanent home and fans were treated to an arena the likes of which they had never seen.
Fans jammed into Prospera Place selling out the building for over 300 straight games. Rockets tickets became the hottest ticket in town and the downtown arena became a hub in the city. 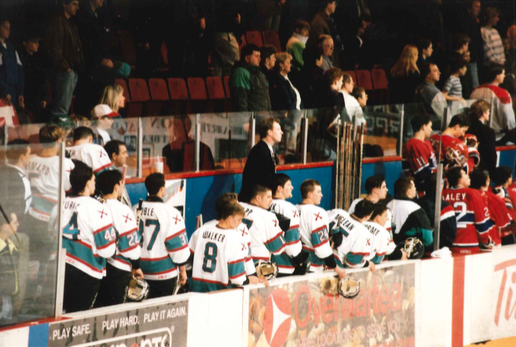 Over the years the players that have donned the Rockets jersey are a Hall of Fame crew too many to list. Weber, Gorges, Keith, Benn, Parker, Hannan, Barrie, Schenn, Comeau. Other names live on with just as much pride amongst the Rockets fans of players that have left a mark. Names like Brett McLean, Jason Deleurme, Kelly Guard.

With the Rockets a huge success, and alumni advancing into the NHL, Kelowna soon became a hot spot for hockey players moving to the area to train and live. A 2010 report by UBC Okanagan said the Rockets generated $30 million for the Kelowna economy each year, from its games, the spinoffs and the alumni that had stayed in the area.

Under the direction of the Hamilton’s the Rockets players put a lot into the community when they don the jersey as role models to the many young people in Kelowna. Alumni in turn have continued to give back to the community.

Each summer Rockets alumnis gather in Kelowna to take part in Kelowna Rockets Alumni Foundation golf tournament. In the 15 year history of the event, the Rockets have raised over $350,000 for the Kelowna General Hospital. In 2015 the alumni announced a three year partnership with the Canucks Autism Network, pledging to raise $100,000 for kids in Kelowna who suffer with autism.