Kelowna’s Merkley and Gatenby Invited to World U-18 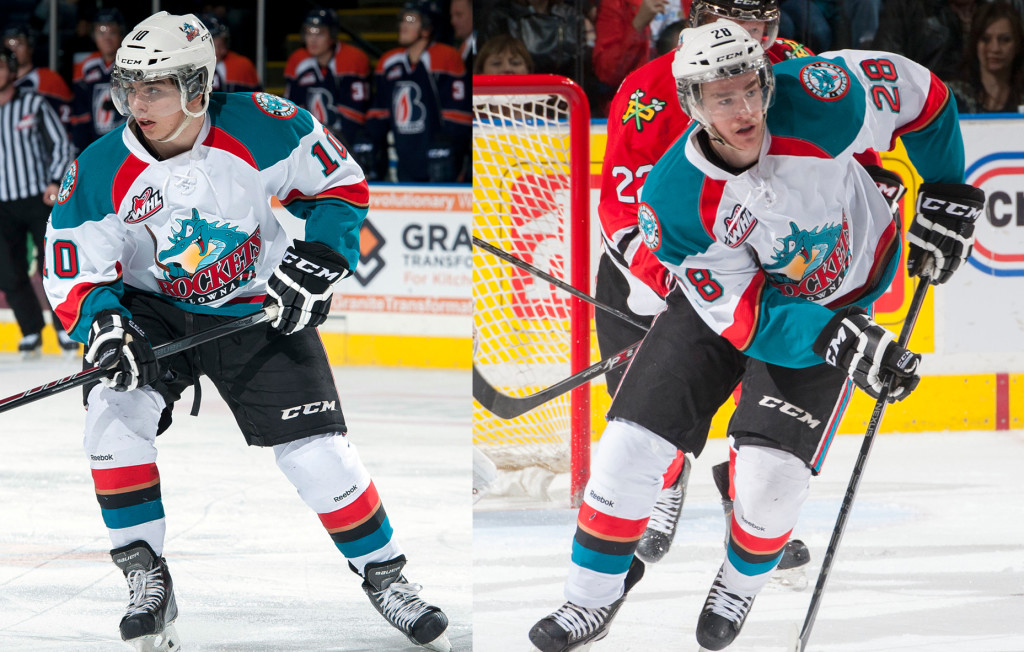 Hockey Canada, in partnership with the Canadian Hockey League, announced Wednesday the 44 players who have been invited to attend Canada’s National Men’s Summer Under-18 Team selection camp that will be held from Aug. 2-5 at the Markin MacPhail Centre in Calgary, prior to selecting the team which will travel to Europe to compete in the 2014 U18 Ivan Hlinka Memorial Cup.

Among the invitees are Kelowna Rockets players Nick Merkley and Joe Gatenby, both coming off their first seasons in the Western Hockey League. Merkley was named the WHL’s Top Rookie while Gatenby had a solid campaign, playing more as the year went on.

The 2014 U18 Ivan Hlinka Memorial Cup is scheduled for Aug. 11-16 in Breclav, Czech Republic and Piestany, Slovakia. Of the 44 players who have been invited to the selection camp, 22 will be selected for Canada’s National Men’s Summer Under-18 Team. Canada has won the summer under-18 tournament six consecutive years and nine of the last 10.

In total, 40 players (four goaltenders, 16 defencemen and 20 forwards) competed at the 2014 World Under-17 Hockey Challenge, and three players (Mathew Barzal, Lawson Crouse and Travis Konecny) helped Canada’s National Men’s Under-18 Team win a bronze medal as under-agers at the 2014 IIHF Ice Hockey U18 World Championship in Lappeenranta and Imatra, Finland.

The Program of Excellence management group has been confirmed for the 2014-15 season; it is comprised, as it was in 2013-14, of Bruce Hamilton (Kelowna, WHL), Sean Burke (Phoenix, NHL), Joël Bouchard (Blainville-Boisbriand, QMJHL), and Mark Hunter (London, OHL). This group works directly with Hockey Canada’s vice-president of hockey operations and national teams Scott Salmond (Creston, B.C.) and Canada’s National Junior Team policy committee in setting direction for the program.

“It is always a challenge to select players given the depth of talent in Canada,” Jankowski said. “As a staff, we will have difficult decisions to make, but our goal remains to select the best team, and to represent Canada proudly at this event.”