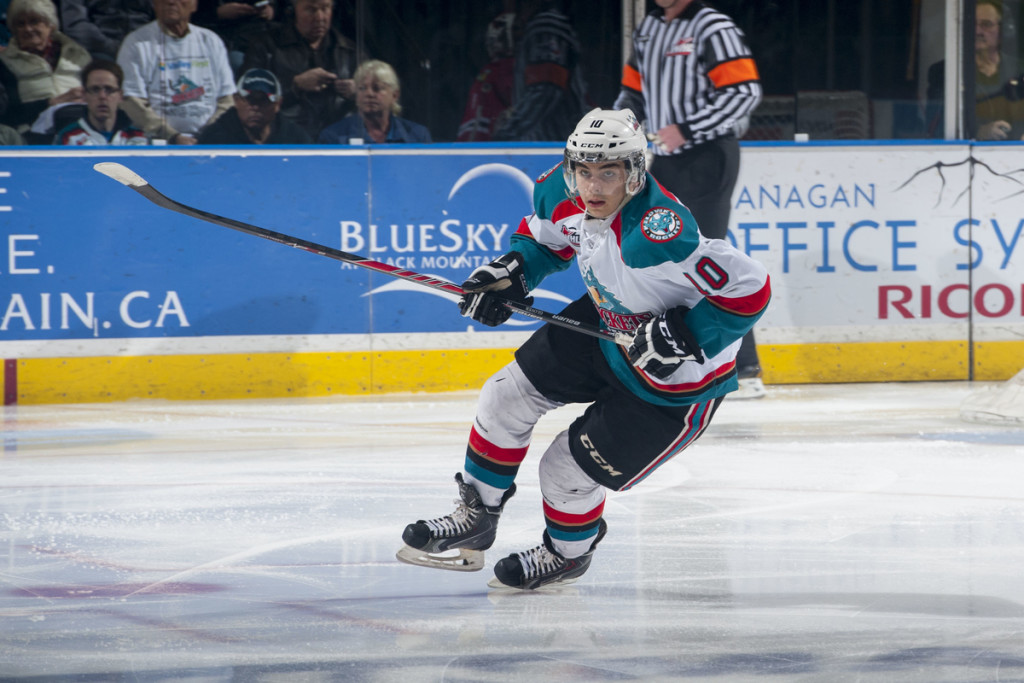 Three members of the Kelowna Rockets have been identified by NHL Central Scouting as players to watch in the 2015 NHL Entry draft.

Second-year players Nick Merkley and Joe Gatenby along with European rookie Tomas Soustal have all been named on NHL Central Scouting’s initial list of players eligible to be taken in next year’s NHL draft. 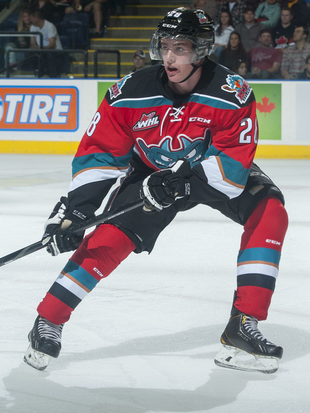 Merkley, who was named WHL rookie of the year last year, is considered an A prospect, one of five in the WHL, meaning Central Scouting believes he will be a first round selection at this point.

Gatenby and Soustal are both listed as C prospects, projecting a fourth to sixth round selection.

A defenceman, Gatenby played in 44 games as a 16-year-old rookie last season as well as 14 more in the playoffs, while the 6-foot-3 Soustal, from the Czech Republic, was the Rockets lone import draft pick this off-season.

The Rockets meanwhile are set to head to Prince George to play two games this weekend, meeting the Cougars on Friday and Saturday, before returning home to host Vancouver next Wednesday.