Merkley Out For the Season With Torn ACL 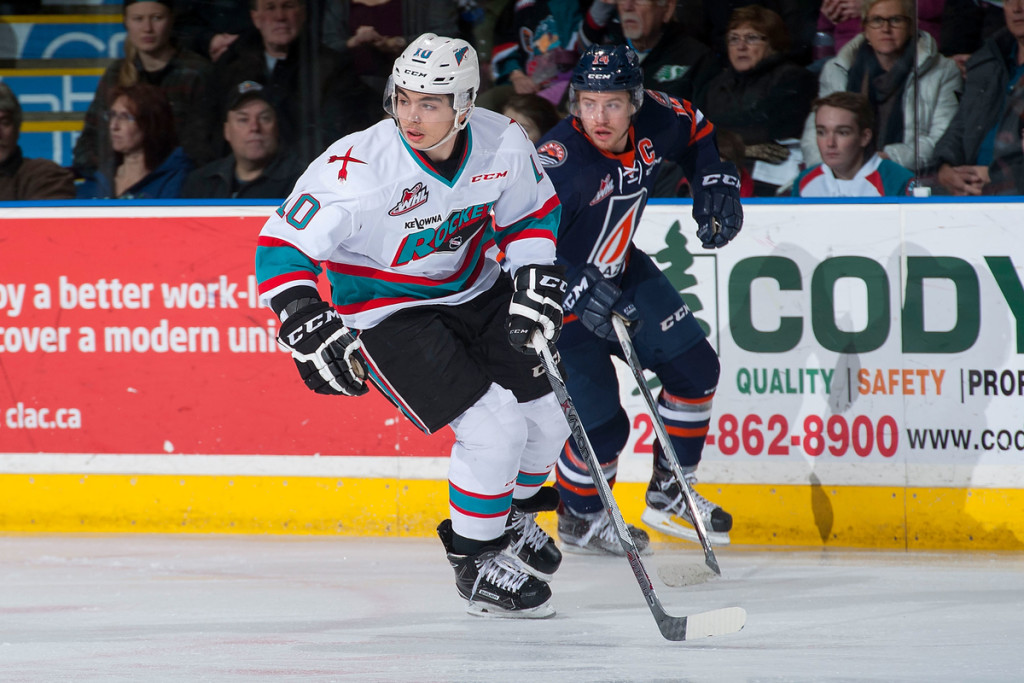 Kelowna Rockets President/General Manager Bruce Hamilton announced on Tuesday that Rockets forward Nick Merkley will miss the rest of the season and the WHL playoffs due to injury.

Merkley underwent a number of tests on Monday with Rockets medical staff who determined that he had suffered a torn Anterior Cruciate Ligament (ACL) as a result of a collision in a game on Feb. 5 against the Spokane Chiefs.

After conversation with Arizona Coyotes GM Don Maloney Hamilton noted that the Rockets will hand over Merkley’s care to the Coyotes medical team, who will take over the next steps of his care and rehab.

“It’s a big loss for our hockey club, Nick is a very valuable player,” said Hamilton. “However we’ve played a large portion of the season without either Nick or Rourke Chartier and I’m sure we have the depth up front to continue on. Nick is a tremendous young athlete who will bounce back from this injury.”

Merkley, a 1st round draft pick of the Arizona Coyotes, played in 43 games for the Rockets this year, scoring 17 goals and adding 31 assists.