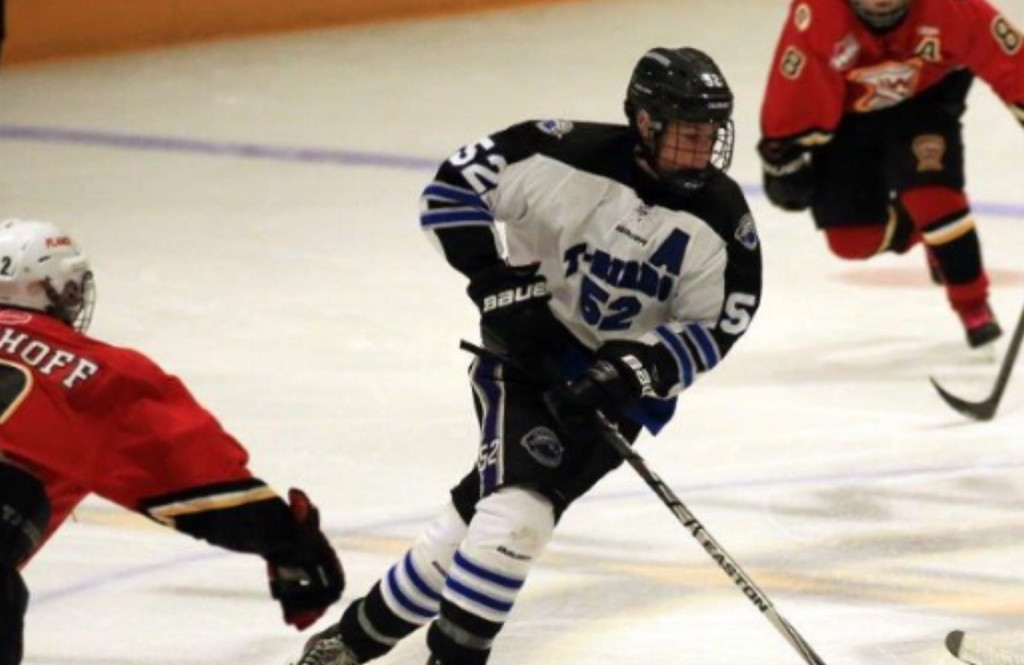 The Kelowna Rockets are pleased to announce they have selected Nolan Foote with its first selection in the 2015 WHL Bantam Draft, underway today in Calgary.

The Rockets picked Foote, the son of former NHLer Adam Foote, in the second round of the draft, 43rd overall.

“Nolan is the player we wanted all along,” said Rockets GM Bruce Hamilton. “We’re thrilled to get him.”

The Rockets did not have a first round selection this year after trading it to Prince Albert as part of the Leon Draisaitl trade.

Kelowna head scout Lorne Frey said he was relatively pleased with the draft, despite not being able to pick until 43rd overall.

“We were just hoping to get four or five really good players, players that maybe will have a chance to play with us in a couple years time,” said Frey. “It was very tough. We certainly weren’t in the hunt for a lot of high-end guys but we were trying to get players that would develop over the next few years.”

Nolan Foote is the second of Adam Foote’s sons that the Rockets have drafted after picking Cal Foote in the second round of the 2013 WHL Bantam Draft.

“It’s exciting to be drafted by Kelowna,” said Nolan. “Where Kelowna is located is an amazing spot and it’s a great organization. I’m very excited and I might have a chance to play with my brother Cal.”

Nolan is a 6-foot-1, 150 pound forward, while Cal, who attended the Rockets training camp last year, is a defenceman.

The Rockets made several other selections in the draft, adding 11 prospects to its stable of young hockey players.

“Now it’s all about development, how much they want to play, how much they love the game,” said Frey. “Once we figured we had three or four guys we were happy with we decided to take a a few chances. You’re trying to find a guy that will turn out to be an impact guy.”

Here are the other Rockets picks along with positions and hometowns.