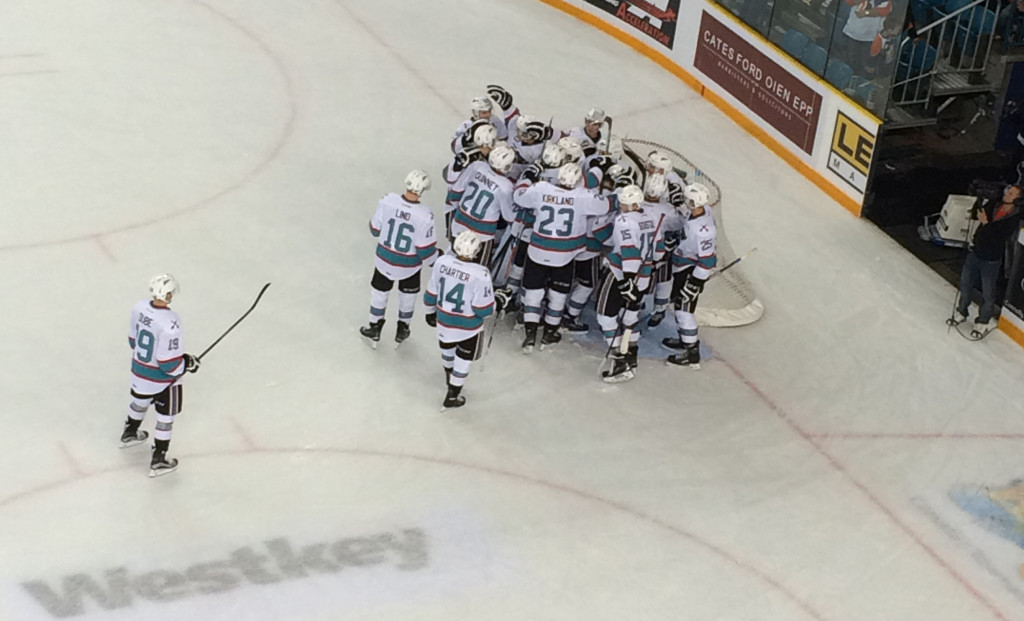 The Kelowna Rockets defeated the Kamloops Blazers 7-3 on Saturday night in Kamloops as the Rockets won both games of a home and home series to start the WHL season.

Tyson Baillie and Tomas Soustal each scored twice, while Dillon Dube had a goal and an assist to lead the Rockets offense.

For Baillie it was the second straight game with two goals to open the season.

The Rockets were 1-for-9 on the power play and held Kamloops to a 1-for-6 night. The Blazers outshot Kelowna 44-40 in the game.

Kelowna will finish off a three game weekend on Sunday in Vancouver as they travel to play the Giants in the second of six straight road games.

The Rockets next home game is Oct. 9 vs the Victoria Royals.