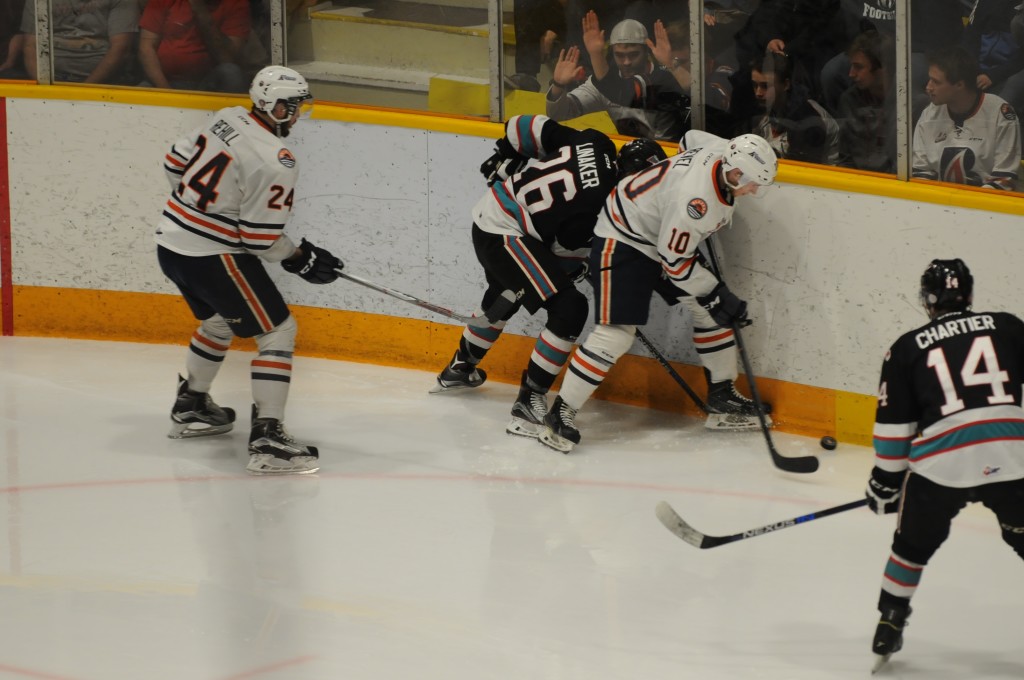 The Kelowna Rockets defeated the Kamloops Blazers 1-0 on Tuesday night at the Memorial Arena in Kamloops to take a two-to-one series lead in their best-of-seven Round 1 WHL Playoffs series.

Justin Kirkland scored early in the second period, his first goal of the WHL Playoffs and the only goal of the game, to help Kelowna to the win in front of a packed building in Kamloops.

Michael Herringer made 40 saves and was named first star in the building as the Blazers outshot Kelowna 40-37 in the game.

The game was held at Memorial Arena with the Blazers out of their regular building, the Sandman Centre, which is hosting the Women’s World Hockey Championships.

Game four in the series is back in Kamloops on Wednesday night back at the Sandman Centre before the series will shift back to Kelowna on Friday night for game five.

Tickets are available for game five through www.selectyourtickets.com, at the Prospera Place box office or by phone at 250-762-5050.