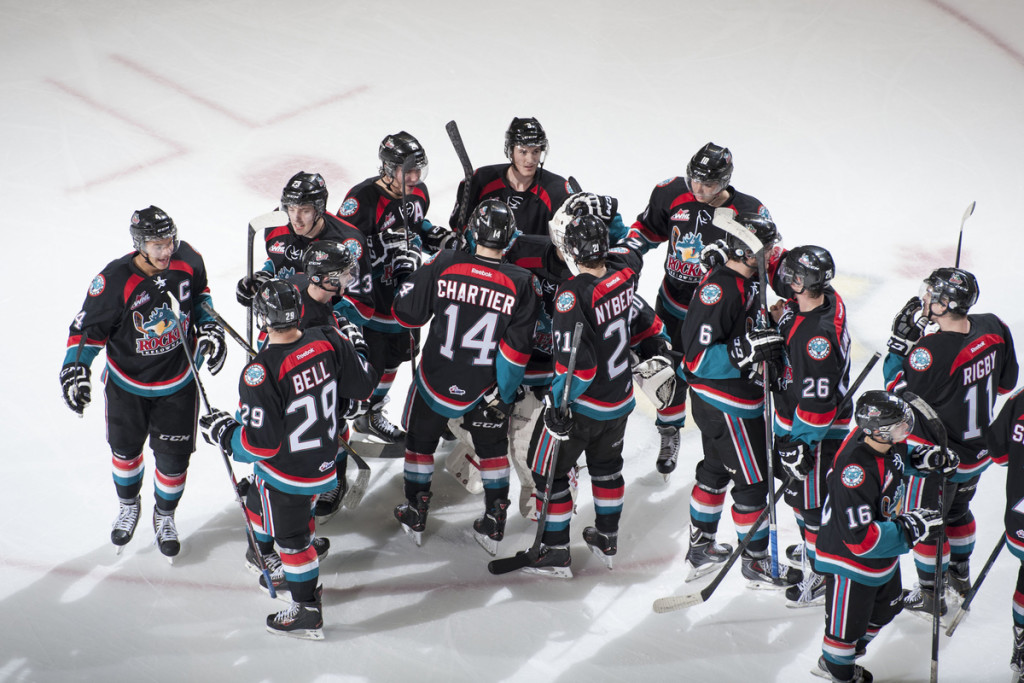 The Kelowna Rockets defeated the Kamloops Blazers 4-1 in Kamloops on Wednesday night, clinching the WHL regular season championship with two games remaining in the regular season.

The win improved the Rockets record to 55-11-0-4 as the team claimed the third WHL regular season banner in franchise history.

“It’s certainly a feather in the guys’ cap. They’ve had a great season so far,” said Rockets assistant coach Dan Lambert, on the AM1150 post game show. “They’ve really come together as a group and it’s been fun to be a part of.”

Jackson Whistle earned the win in net for the Rockets who will close out the regular season with a home and home series against Vancouver this weekend.

Kelowna and the Giants will play in Vancouver Friday and in Kelowna on Saturday night.

Tickets are on sale now at www.selectyourtickets.com