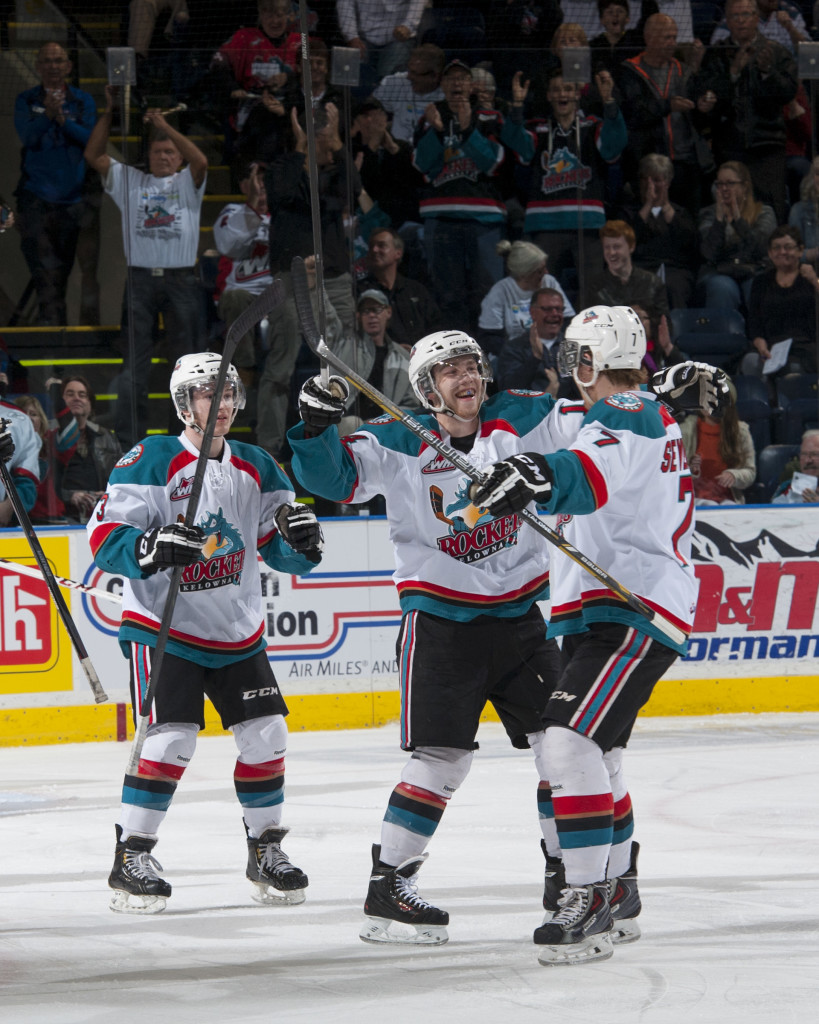 The Kelowna Rockets drew first blood in its best-of-seven, second round WHL playoff series with Seattle on Thursday, skating to a 6-2 win over the Thunderbirds at Prospera Place in Kelowna. 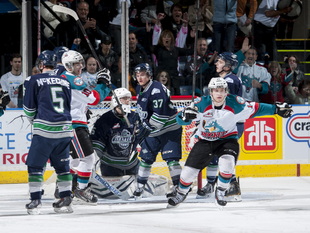 Rockets defenceman Damon Severson scored twice and added two assists to lead the Rockets who led 3-1 after the first period and 5-2 after the second, en route to the win to open the second round of the playoffs.

“I thought we did a good job of getting in on the forecheck,” said Severson. “We were  doing things right and keeping our game simple. If we play like that throughout the whole series we should be successful.”

Cole Linaker, Rourke Chartier, Ryan Olsen and Madison Bowey also scored for the Rockets while Nick Merkley had two assists in what was an entertaining game in Kelowna to open the series, the second straight year the Rockets and Thunderbirds are meeting in the playoffs. 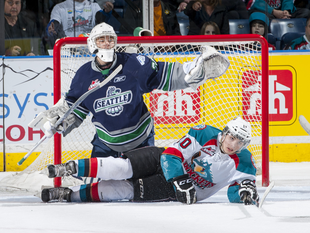 “We really liked the effort tonight,” said Rockets coach Ryan Huska on the AM1150 post game show. “I thought our guys we’re pretty solid defensively and offensively. I thought we checked well and didn’t give Seattle a lot.”

Attendance at Prospera Place in Kelowna on Thursday was 4,851.

“It feels great we wanted to get the first one it’s nice to be ahead after the first game,” said Rockets captain Madison Bowey. “It’s nice to get the momentum in the series and we’re excited to keep it going in game 3.”

The series will continue on Saturday at Prospera Place in Kelowna before shifting for games three and four in Seattle next Tuesday and Wednesday.

Tickets are available for Saturday’s game through www.selectyourtickets.com, at the box office or by calling 250-762-5050