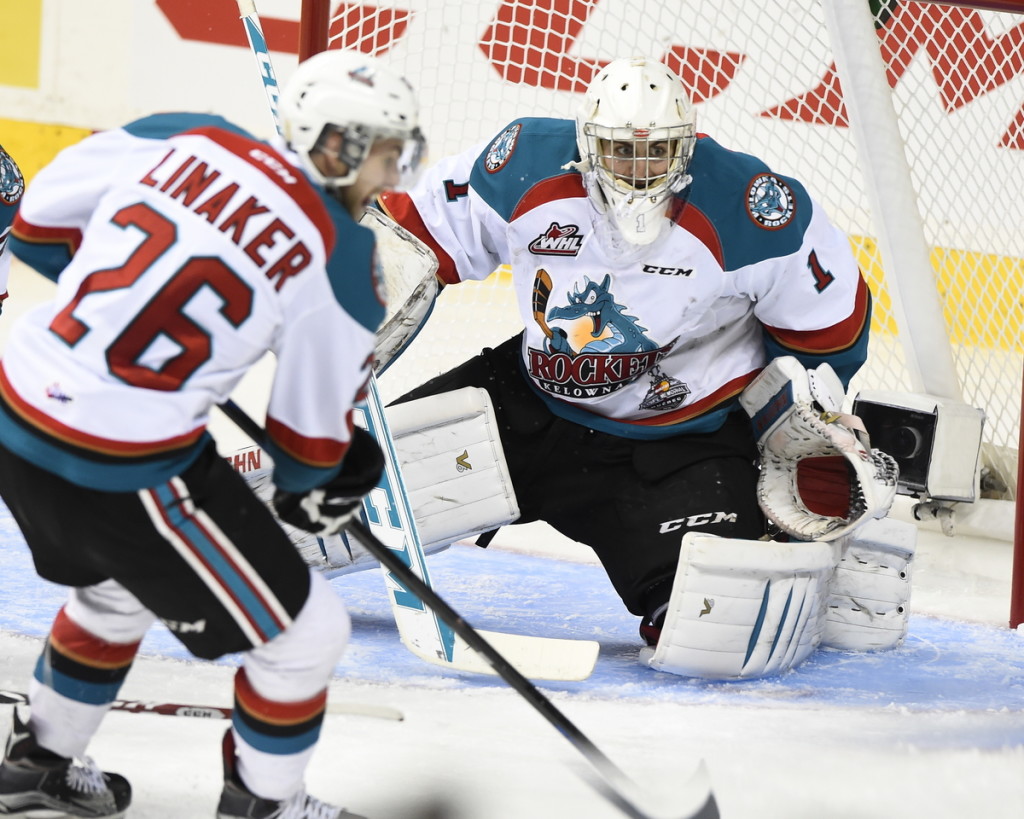 The Kelowna Rockets fell by a score of 4-3 to the host Quebec Remparts on Friday night at the Pepsi Colisee in what was the opening game of the 2015 MasterCard Memorial Cup.

The win by Quebec marked the first time a host Club has won the opening game of the tournament since the Kitchener Rangers did it in 2008.

A physical first period saw a goal by Nikolas Brouillard give the Remparts a 1-0 lead after 20 minutes of play. Trailing 2-0 late in the second period, the Rockets got on the board as Nick Merkley scored a short-handed goal to cut the lead in half.

After Ryan Graves struck early in the third period to restore the Remparts’ two-goal lead, the Rockets bounced back midway through the frame when forward Gage Quinney deflected a Josh Morrissey point shot past Remparts goaltender Zachary Fucale to close the gap to 3-2.

Kelowna pulled Jackson Whistle for the extra attacker late and a dramatic finish would follow. First, Remparts forward Adam Erne potted an empty-netter that appeared to seal the win with 1:04 remaining. Then, after a Quebec penalty gave the Rockets a powerplay, Leon Draisaitl capitalized on to make it a 4-3 game with 36 seconds to play. Kelowna Head Coach Dan Lambert called a timeout and with just seconds remaining the Rockets earned a scoring opportunity, but Fucale held his ground to preserve the victory for the hosts.

The Rockets went 2/6 on the powerplay, while the Remparts finished 0/5 with the man advantage.

Kelowna returns to action on Monday night when they face the QMJHL Champion Rimouski Oceanic at 7:30pm EDT, live on Sportsnet.

The 2015 MasterCard Memorial Cup is proudly supported by MasterCard, title sponsor of this event for 17 straight years.  Associate sponsors include BMO Bank of Montreal, SUBWAY, Cooper Tires, and autoTRADER.ca.