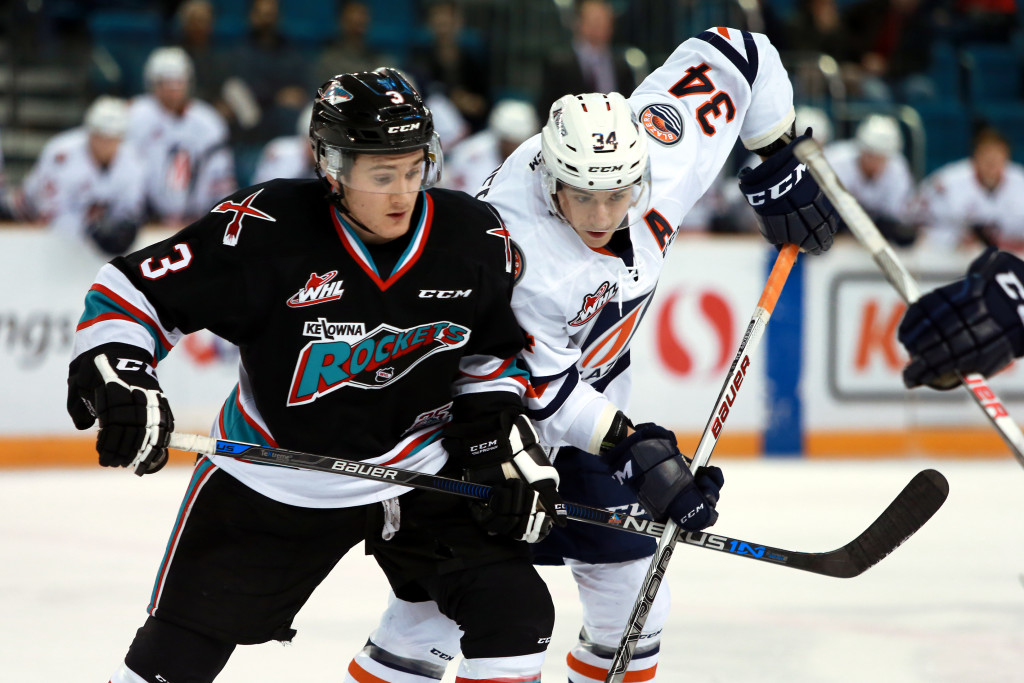 The Kelowna Rockets edged the Kamloops Blazers 2-1 on Sunday night in Kamloops, to open up a home and home series between the two teams that will also meet Monday at Prospera Place in Kelowna.

Tyson Baillie’s 24th goal of the season was the game winner, as he snapped a 1-1 tie midway through the third period.

Kole Lind also scored and added an assist as the Rockets scored two straight goals after Kamloops had opened the scoring in the first period.

Kelowna outshot the Blazers 30-26 in the game and kept Kamloops to 1-for-5 on the power play, while the Rockets were 0-for-1.

Jackson Whistle earned the win in net as the Rockets improved to 26-9-1-0 on the season, first place overall in the WHL.

The Rockets and Blazers meet Monday night at Prospera Place in the rematch to kick off a week that will see Kelowna play five games in seven days, including home games on Wednesday (Everett) and Saturday (Victoria).