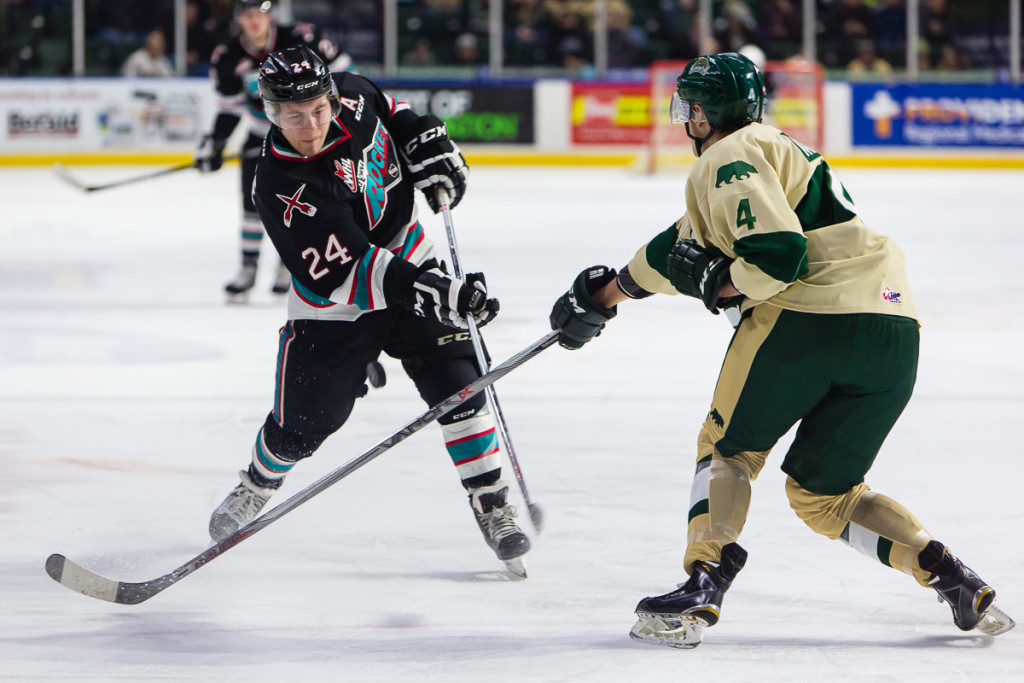 The Everett Silvertips defeated the Kelowna Rockets 3-1 on Friday afternoon in Everett, WA, as the Rockets played without several regulars and dropped its second straight to the Silvertips.

Everett scored twice in the first period and once in the second to build a 3-0 lead before defenceman Joe Gatenby scored the Rockets lone goal.

Kelowna had eight of its 16 shots in the third period but couldn’t get any closer in falling to 27-10-2-0 on the season.

Everett scored twice on the power play while keeping the Rockets to an 0-for-4.

The Rockets close out a busy week that will see them play five games in seven days on Saturday at Prospera Place against the Victoria Royals.

Kelowna is without Rourke Chartier, Tomas Soustal and Calvin Thurkauf at the World Junior tournament and is also without regulars Rodney Southam and Justin Kirkland.