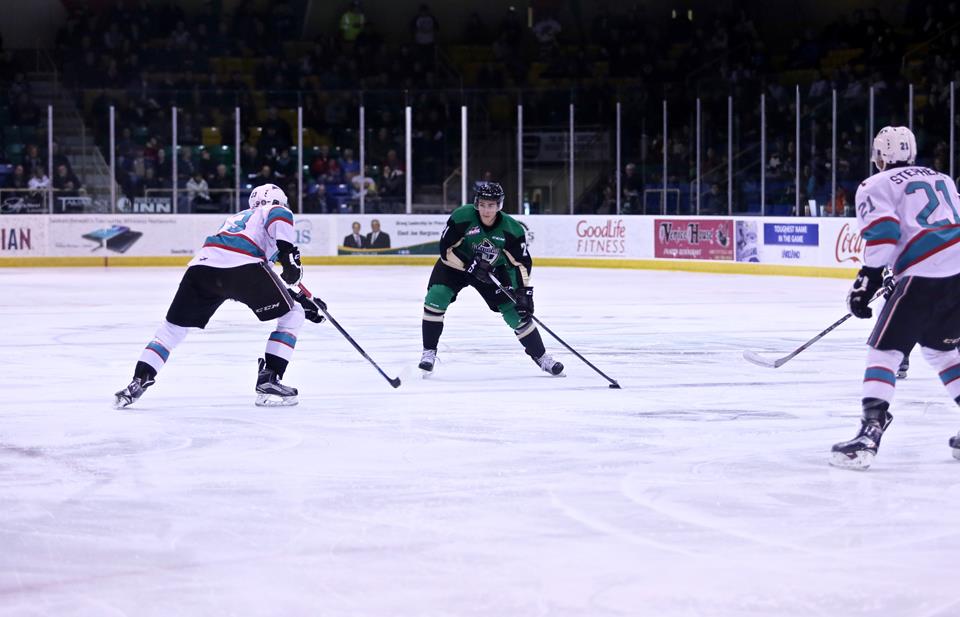 The Prince Albert Raiders defeated the Kelowna Rockets 3-1 at Art Hauser Centre in Prince Albert on Friday night, dropping the Rockets to 3-2-0-0 on its six game road trip.

The Raiders scored twice in the second period and built a 3-0 lead before Lucas Johansen scored a power play marker six minutes into the third to make the score 3-1.

Despite firing 13 shots on the Raiders net in the third, the Rockets couldn’t get any closer with Jackson Whistle taking the loss in net. Final shots were 32 apiece.

Kelowna was 1-for-5 on the power play and held Prince Albert to 0-for-4 on the night.

The loss dropped Kelowna’s record to 25-8-1-0 on the season. The team sits in first place in the WHL heading into its final game before it breaks for Christmas.

The Rockets will play in Saskatoon on Saturday night against the Blades.

Kelowna returns to action after Christmas with a home and home series with Kamloops, playing in Kamloops Dec. 27 and at Prospera Place on Monday Dec. 28.