Rockets fall 5-4 to Giants in Langley 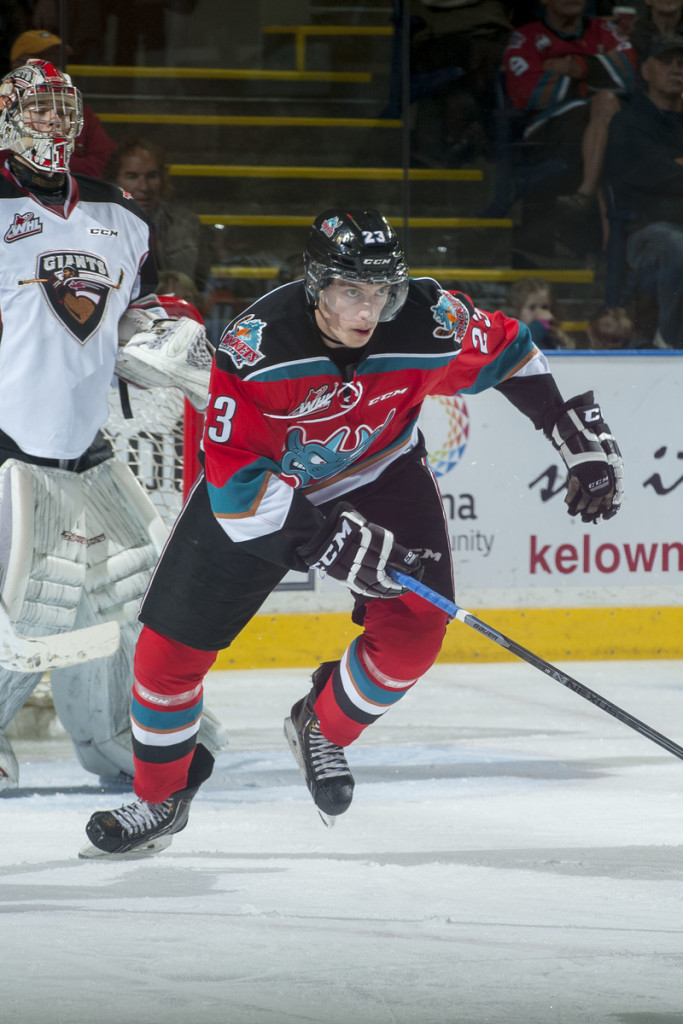 The Vancouver Giants defeated the Kelowna Rockets 5-4 at the Langley Events Centre on Friday night in WHL exhibition action.

The teams exchanged goals throughout the night until Vancouver pulled ahead with two straight goals, scoring late in the second and early in the third to go up 5-3.

Gage Quinney scored his third of the preseason midway through the third to make the score 5-4 but Kelowna couldn’t tie the game.

Justin Kirkland scored in his first game back with the Rockets from Nashville’s training camp, while Dillon Dube had a goal and an assist and Riley Stadel also scored for Kelowna.

Jake Morrissey played the entire game in net as the Giants outshot the Rockets 33-25.

Kelowna falls to 2-2-0-0 in the preseason and will play its final game Saturday at Prospera Place as they host the Giants.

The Rockets home opener is on Friday, Sept. 25 vs. Kamloops, when the team will raise the 2014-15 WHL and BC Division Championship banners to the rafters.

Tickets are available through Select Your Tickets.