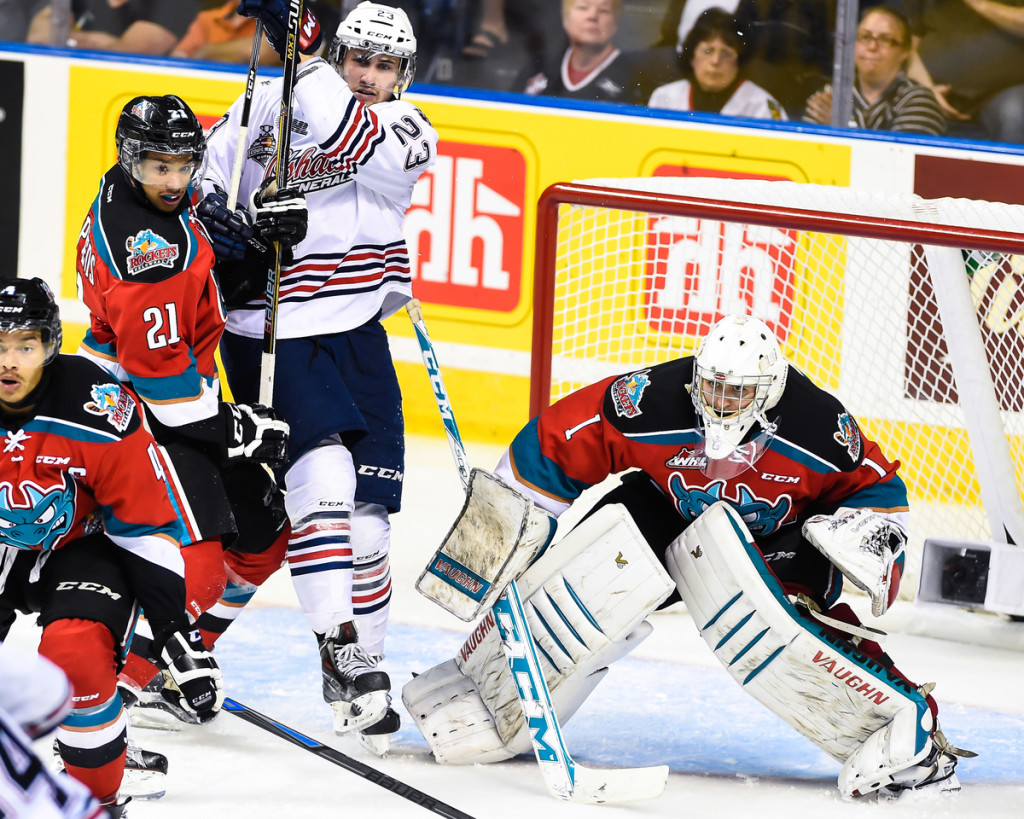 The Oshawa Generals defeated the Kelowna Rockets 2-1 on Tuesday night at the MasterCard Memorial Cup in a tightly played defensive battle that dropped the Rockets to 1-and-2 through the round robin portion of the tournament.

The Rockets remain in the hunt for the Memorial Cup and will either play in a tie-breaker game on Thursday or the semi-final on Friday, depending on the results of the tournament’s final round robin game on Wednesday between the Quebec Remparts and Rimouski Oceanic. 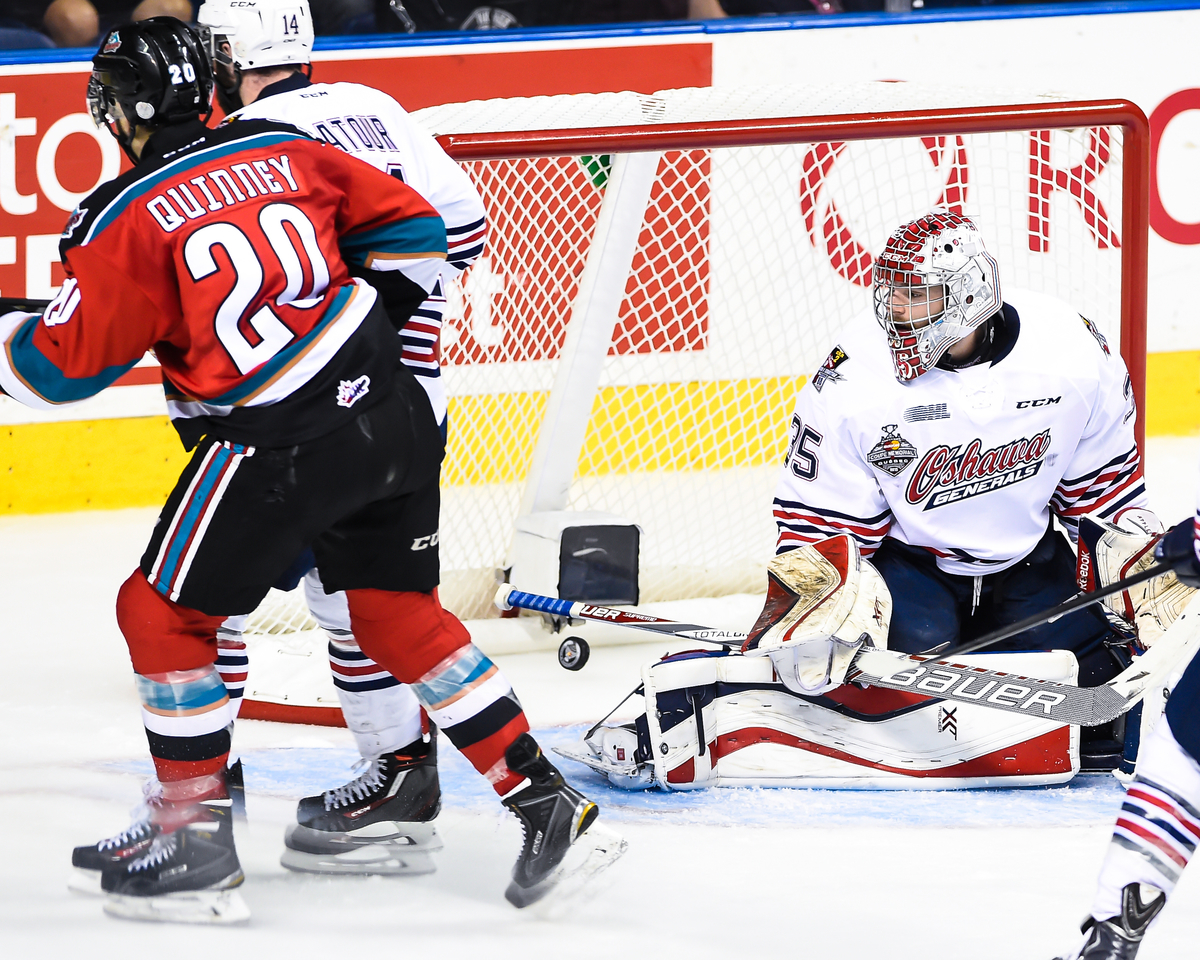 After opening the tournament with two back and forth games, the Rockets and Generals squared off in a close checking battle that featured great goaltending at both ends of the ice. 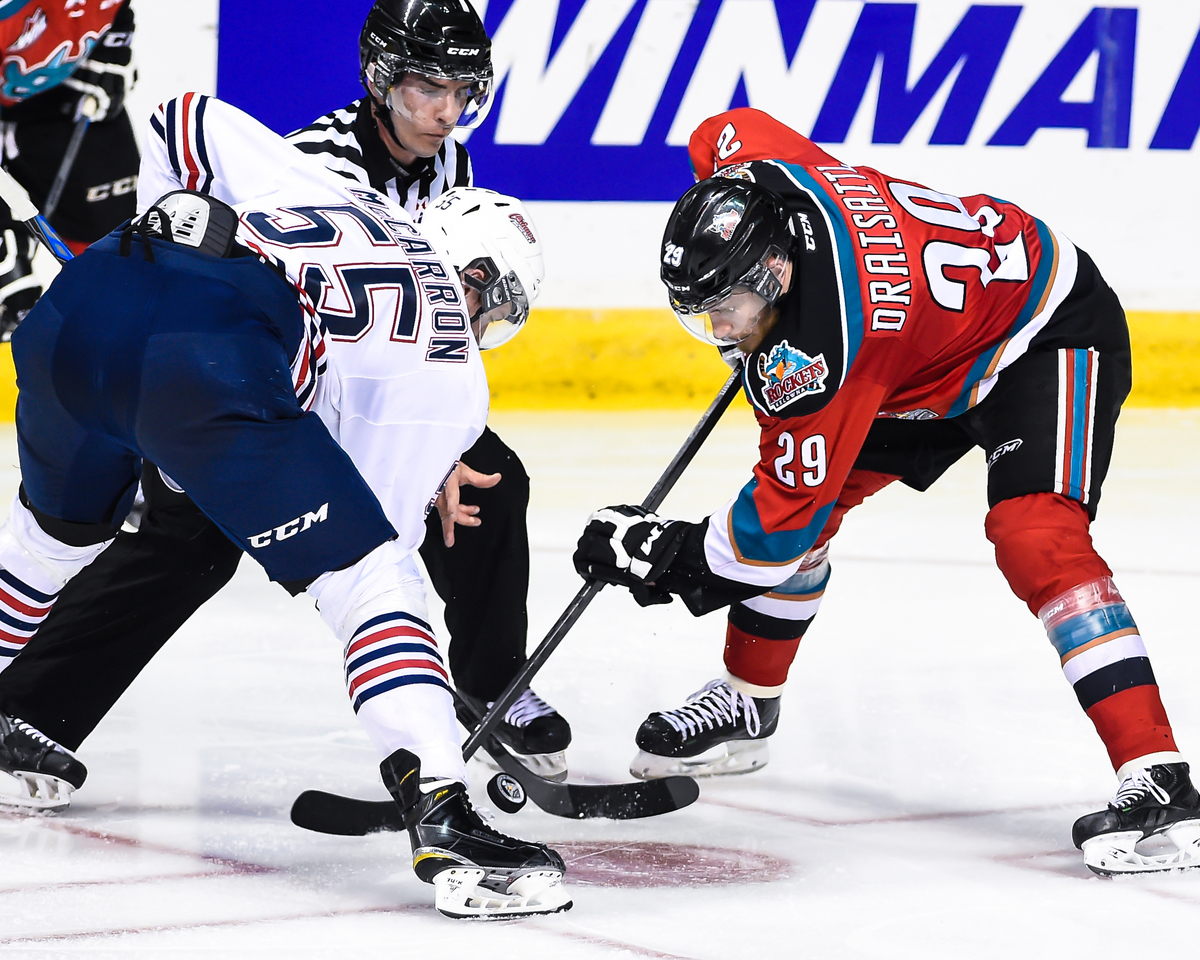 Gage Quinney scored the lone goal for the Rockets, who fell behind 2-0 in the second period, before Quinney’s fourth of the tournament cut the lead in half.

Despite a late 5-on-3 power play in the game’s closing minutes, the Rockets couldn’t muster the tying goal.

Kelowna is off on Wednesday and will await the results of the Quebec and Rimouski game on Wednesday before the rest of the schedule is set.