Rockets Get Past Vancouver 5-3 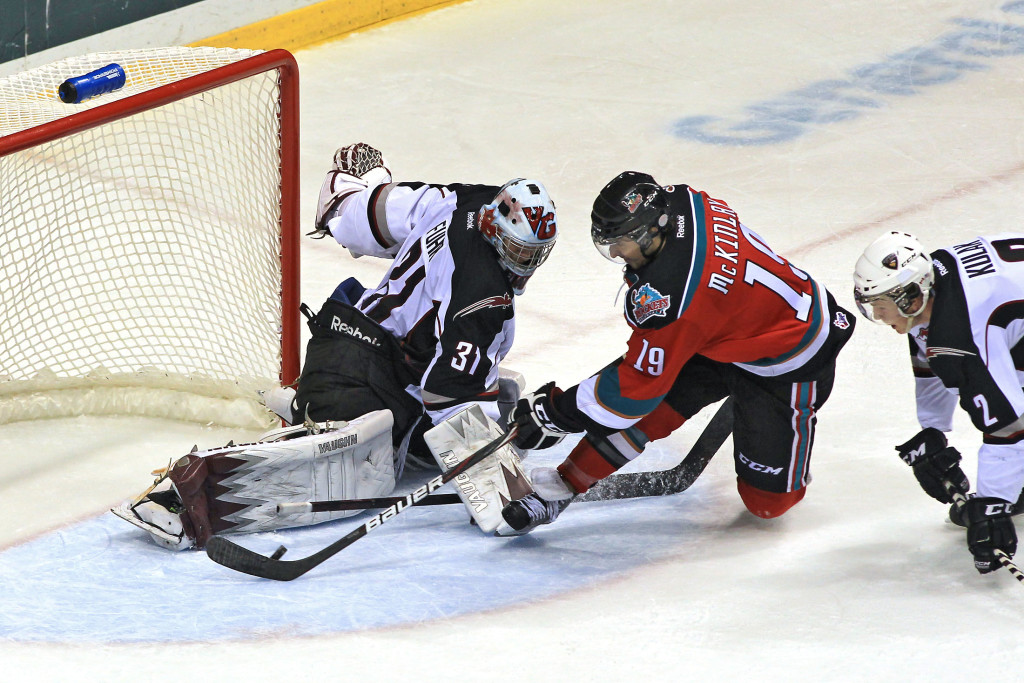 The Kelowna Rockets defeated the Vancouver Giants 5-3 on Friday night at the Pacific Coliseum in Vancouver, winning its second straight game since returning from the Western Hockey League’s Christmas break.

Vancouver outshot Kelowna 27-19 in the game but the Rockets scored two third period goals to snare the win.

Jackson Whistle earned his second straight win in net for the Rockets, after Thursday night’s 7-3 win over Kamloops.

Attendance in Vancouver was 9,414.

Kelowna is off Saturday but is back in action on Sunday when they put a 13-game home winning streak on the line against Everett.

It’s a special 5 p.m. start and is also a fundraiser for the Kelowna Community Food Bank. Fans are asked to bring a non-perishable food item and help fill the Pepsi Truck.

Tickets are available for the game through www.selectyourtickets.com or by phone at 250-762-5050.