Rockets Goalie Whistle Out For Season 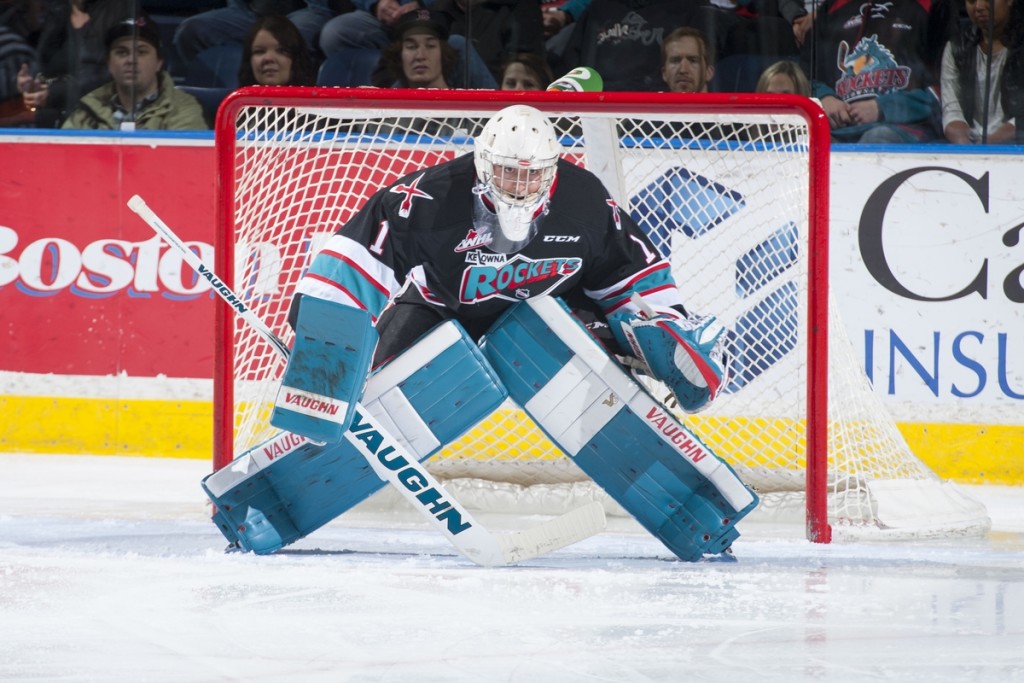 Kelowna Rockets President/GM Bruce Hamilton announced on Monday that Rockets goaltender Jackson Whistle will miss the rest of the WHL season and playoffs due to injury.

Whistle, 20, will undergo two different surgeries to repair torn labrum muscles on each of his hips. The first surgery will take place this week and the second one is scheduled for next month.

“It’s a huge loss for our hockey team and a tough situation for Jackson,” said Hamilton. “We’re hoping that surgery helps him get through this so he can continue with his career.”

The injury, which worsened through the season before Whistle was finally forced to the sidelines, will end Whistle’s junior hockey career. The West Kelowna native joined the Rockets in the 2012-13 WHL season after being acquired from the Vancouver Giants, where he played his rookie season.

Over the next four seasons, he played in 120 regular season games for the Rockets and a further 20 in the playoffs, including 19 last year, when the Rockets won the WHL Championship and made it all the way to the final of the Memorial Cup.

“I’ve loved playing for the Kelowna Rockets,” said Whistle. “It’s been the best four years of my life and I’ve loved every minute of it, playing in my hometown, in front of my friends and family. I’m really going to miss my teammates. We have had such good teams and I think we’re going to do really well again this year.”

It’s expected to take six months for Whistle to fully heel from surgery. Overall Whistle closes out his WHL career with 87 wins, a career .912 save percentage and a 2.59 goals against average.

Hamilton said Jackson has had a great career for the Rockets.

“Last year Jackson was such an important part of our team and the run we had,” said Hamilton. “He was a big part of our march to the Memorial Cup and he was outstanding in the tournament. He was patient waiting for his opportunity when Jordan Cooke was here and he learned how to work hard and a be a number one goalie. We’re very hopeful the surgeries are successful.”