Rockets Top Oceanic to Improve to 1-and-1 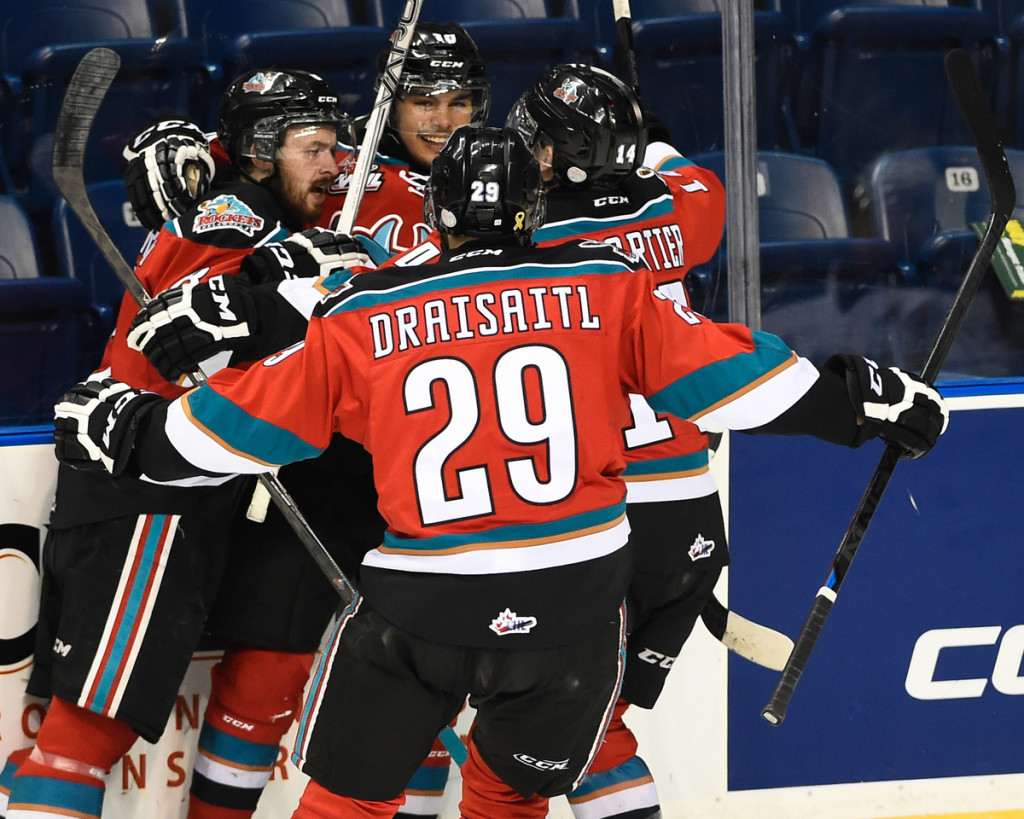 The Kelowna Rockets defeated the Rimouski Oceanic 7-3 on Monday night at Le Colisee in Quebec City, improving to 1-and-1 and securing at least a chance to play in a tie-breaker game at the 2015 MasterCard Memorial Cup, with one game still remaining in the round robin.

Nick Merkley, Leon Draisaitl and Madison Bowey each had big offensive nights as the Rockets came out firing, taking a 3-0 lead on Rimouski in the first period, only to see the Oceanic cut it to 3-2 by the end of the first. 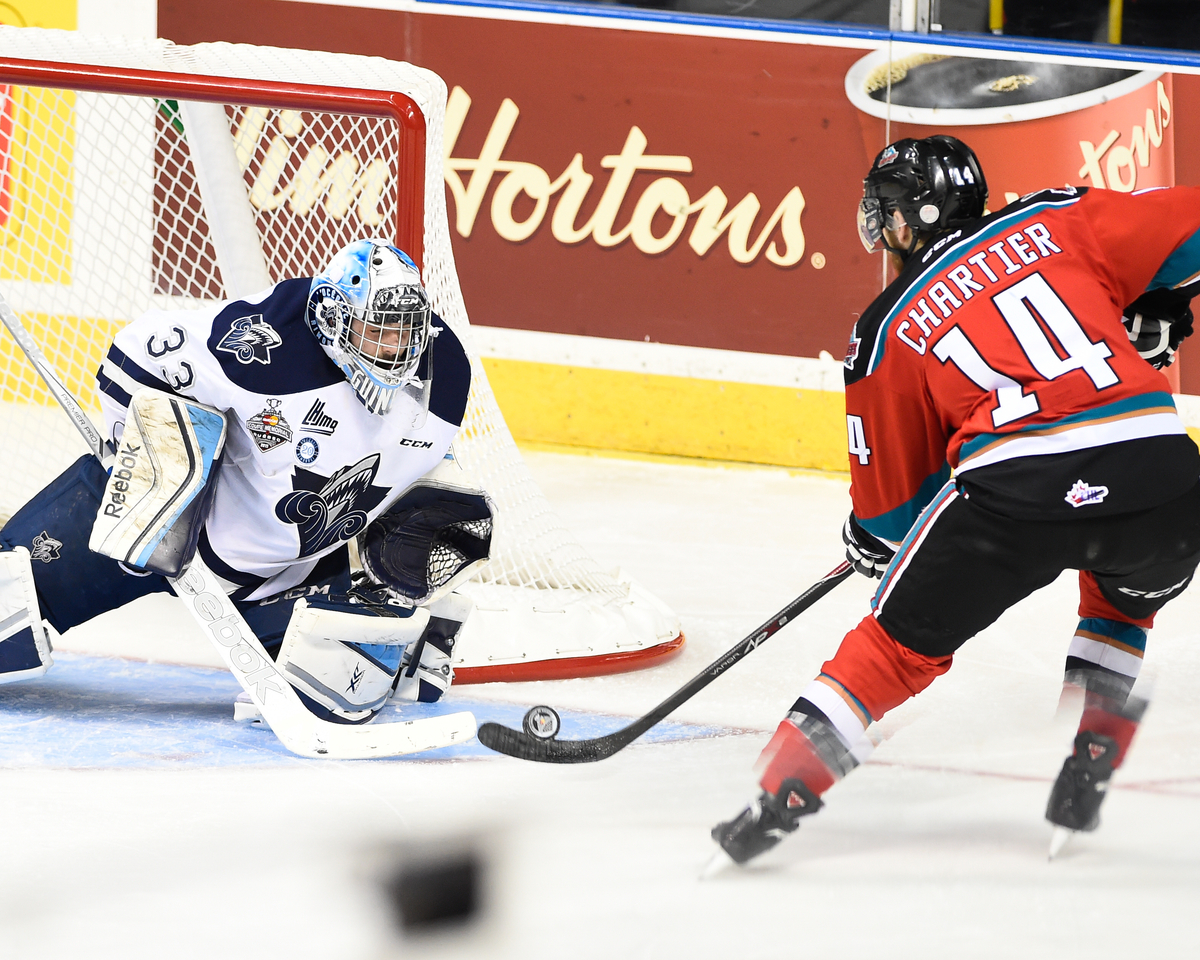 However a three goal second period by the Rockets restored their lead and propelled the team onto victory.

Merkley and Draisaitl each had two goals and an assist while Bowey had a goal and two assists in a solid team effort that saw 11 Rockets hit the scoresheet. Gage Quinney also scored twice while Rourke Chartier had two assists.

The Rockets outshot the Oceanic 36-31 with Jackson Whistle earning the win in net. 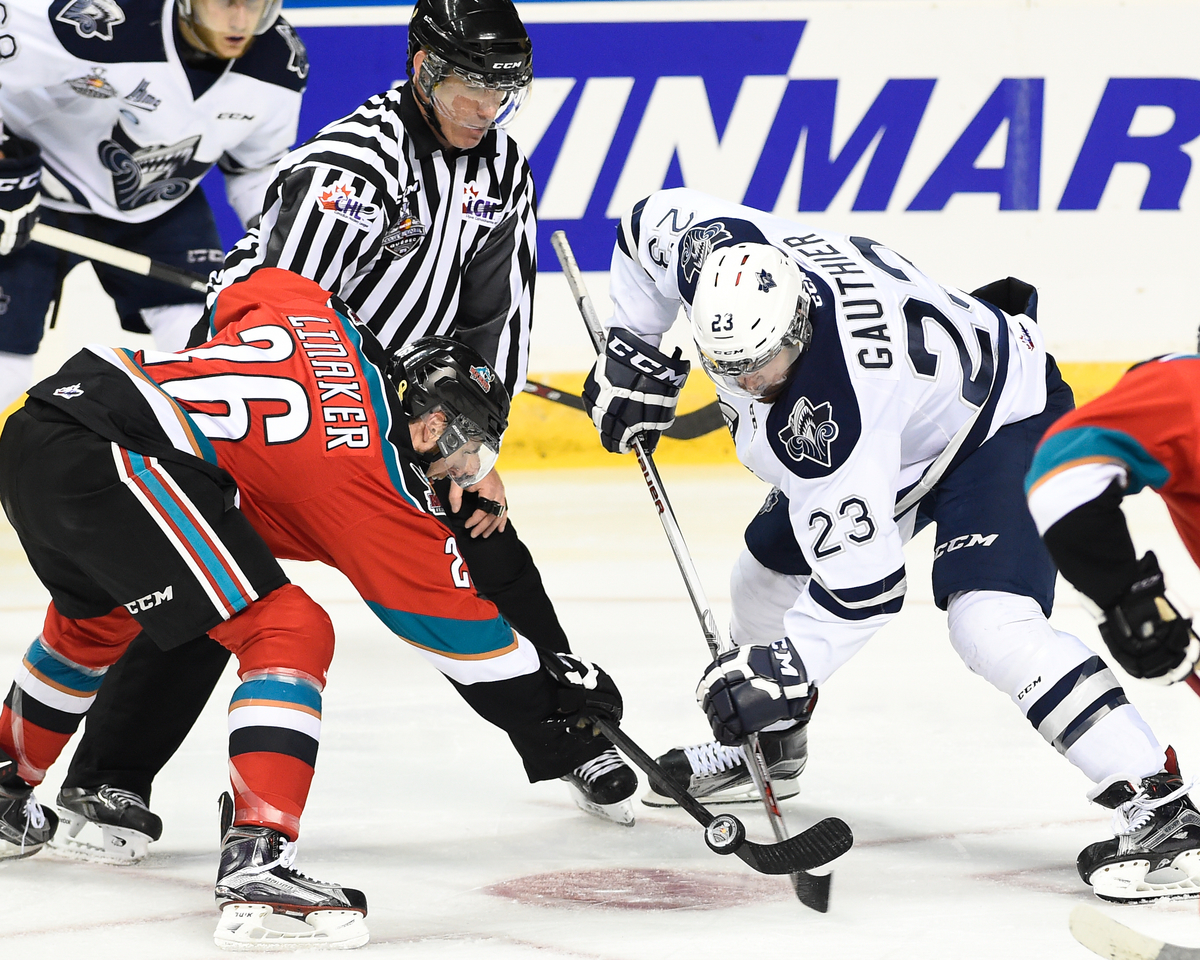 The victory means at the least the Rockets will play in a tie-breaker game at the 2015 MasterCard Memorial Cup heading into its final round robin game against Oshawa on Tuesday.

The Rockets will play the Ontario Hockey League champion Generals, who are 2-and-0 in the tournament, in Kelowna’s final game of the round robin tournament.