Rockets Players Up For WHL Awards 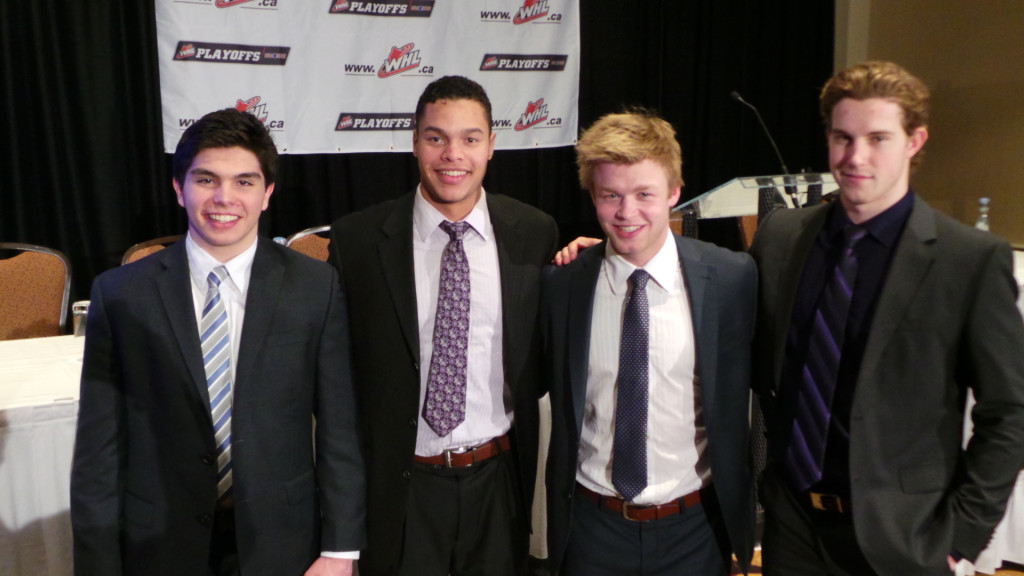 Kelowna Rockets players were front and centre as the Western Hockey League kicked off its 2014 playoffs and announced the WHL all-star teams and conference finalists for WHL awards Thursday afternoon at the Okanagan Grand.

Cooke, 20, had an outstanding season as the Rockets last line of defense, posting a 39-7-0-4 record with four shutouts,  a .922 save percentage and 2.28 goals against average. 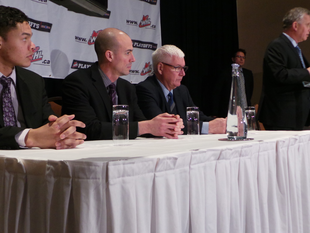 “It’s a surprise, it’s an unbelievable feeling,” said Cooke, 20, in his fourth season as a Rocket. “This year has been a team first kind of year. A lot of these acknowledgements I have received…definitely the credit goes to the team.”

Sixteen-year-old Nick Merkley, who had the third most goals by a rookie and the most amongst 16-year-olds in the WHL, will also be up for a league award after being named the WHL Western Conference Rookie of the Year.

The Rockets one-two punch of defencemen Madison Bowey and Damon Severson were both named to the WHL Western Conference 2nd all star team.

Bowey set a Rockets record for a defenceman with 21 goals on the season, while Severson’s 15 goals was the fourth most all-time in a single season.

“To have individual success it takes every player, said Bowey, 18, “I think our team is really just a team that buys in. We really love to win and we love each other. Our team is pretty close. It’s awesome to see all these guys geting noticed.”

Rockets coach Ryan Huska was in attendance and said his players deserve credit for having excellent seasons.

The Rockets will take on Tri-City in the first round of the WHL Playoffs beginning Saturday with game one at 7:05 p.m. before game two Sunday is an start with puck-drop at 5:05 p.m.