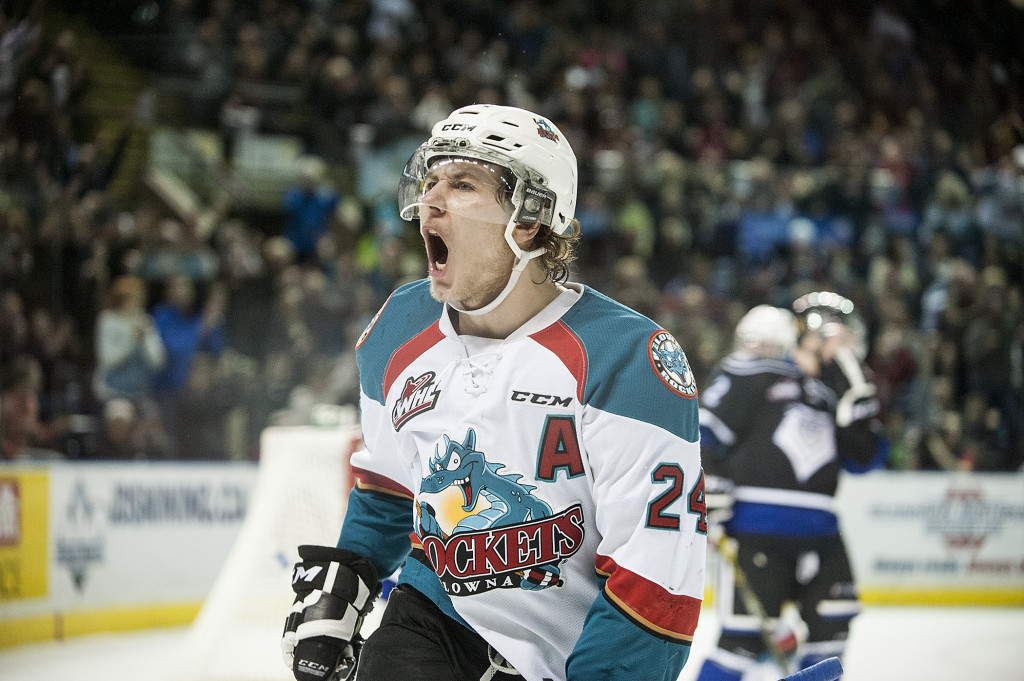 The Kelowna Rockets defeated the Victoria Royals 4-3 on Saturday night in Kelowna as Tyson Baillie played the hero, scoring twice including the overtime game winner to give the Rockets a two-games-to-nothing series lead on Victoria. 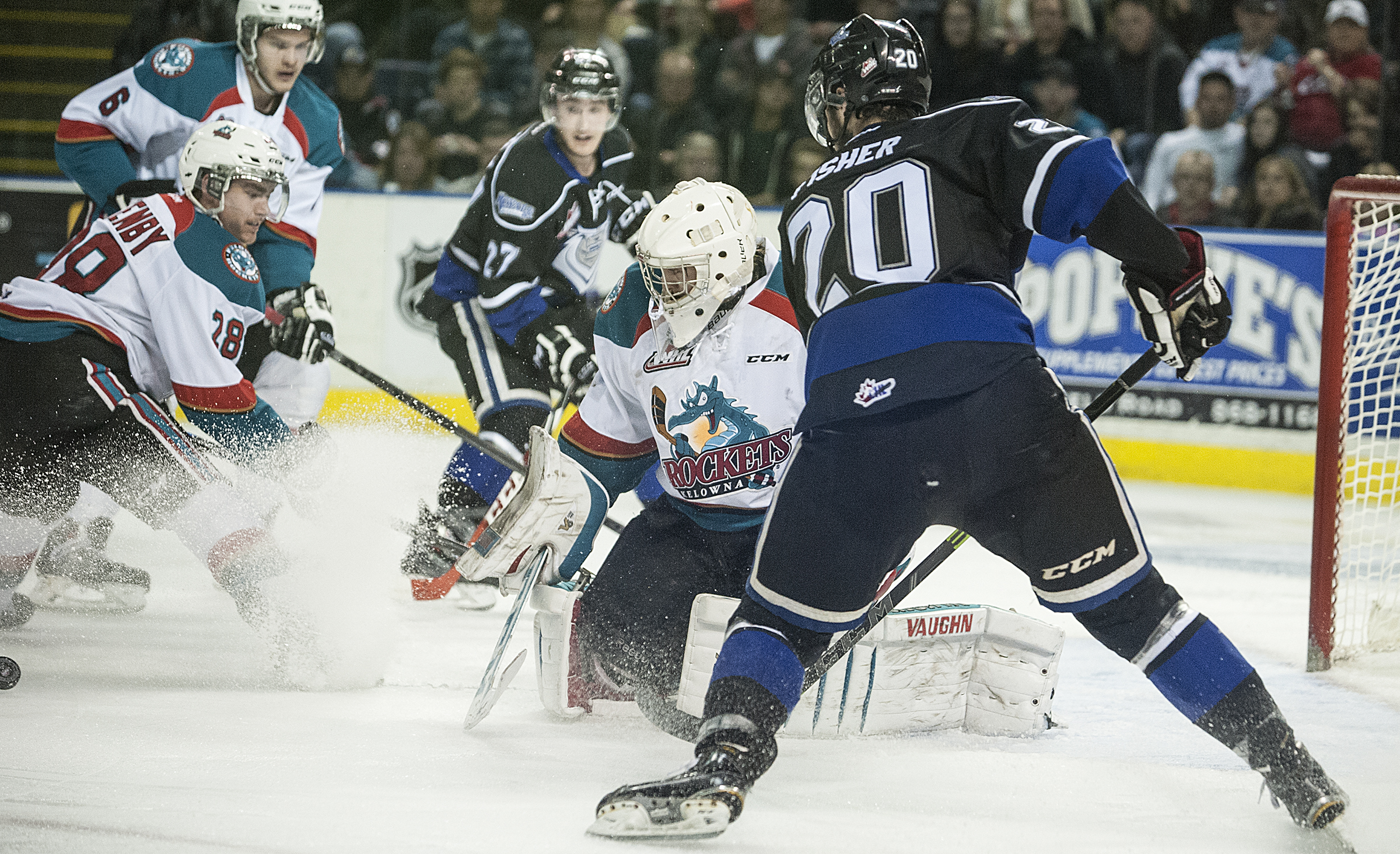 It was Baillie’s second of the game and Draisaitl’s third assist of the game as the Rockets jumped out to a 3-0 lead only to see Victoria race back to tie the game 3-3 and send it to overtime.

Jackson Whistle was excellent in the Rockets net, facing 41 shots as the Royals outshot Kelowna 41-27 in the game.

Tomas Soustal and Gage Quinney also scored for Kelowna which led 1-0 after the first and 3-1 after the second period. 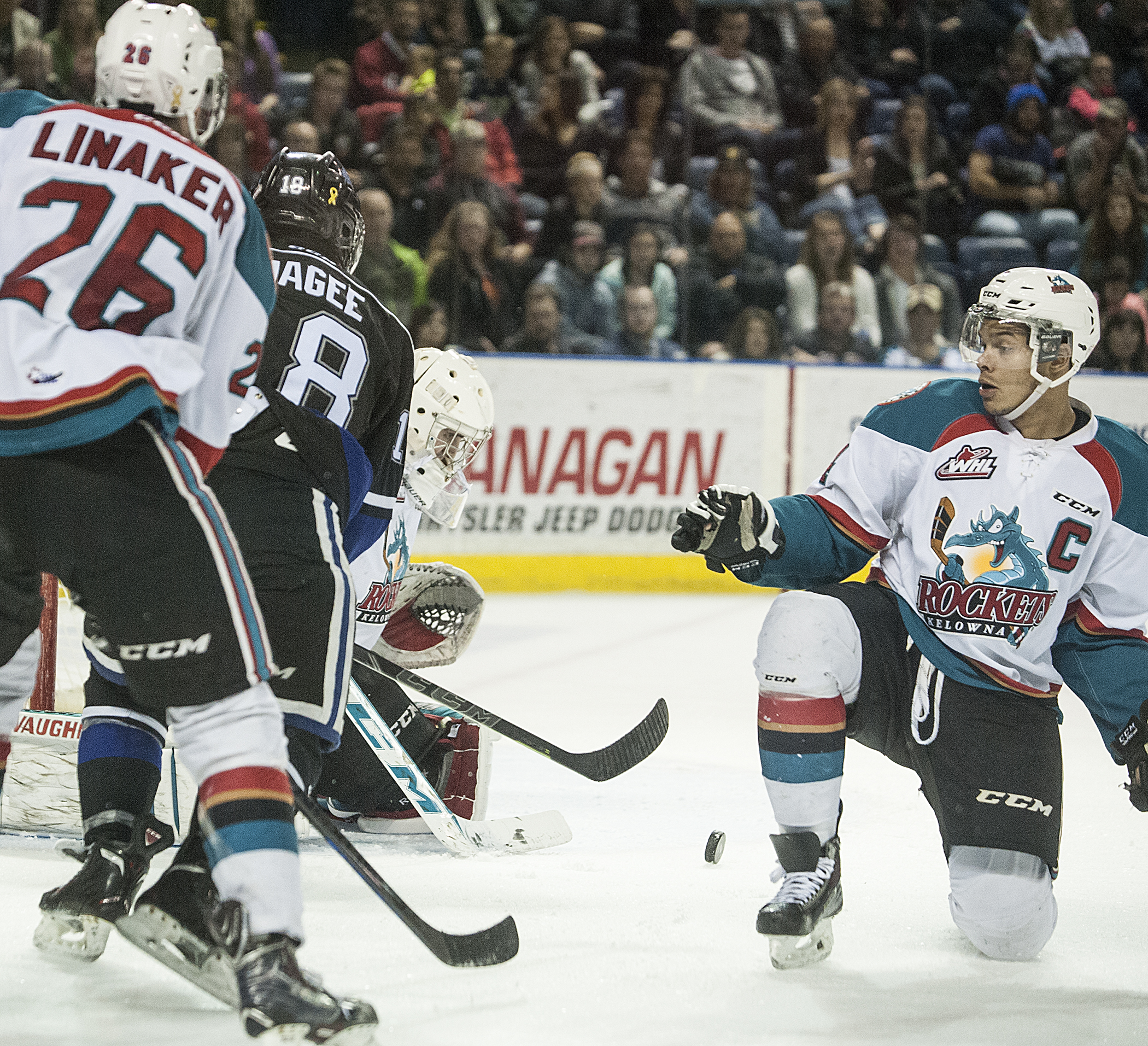 The series now shifts to Victoria for games three and four on Tuesday and Wednesday nights.

Game five if necessary will be held Friday April, 17 at Prospera Place.