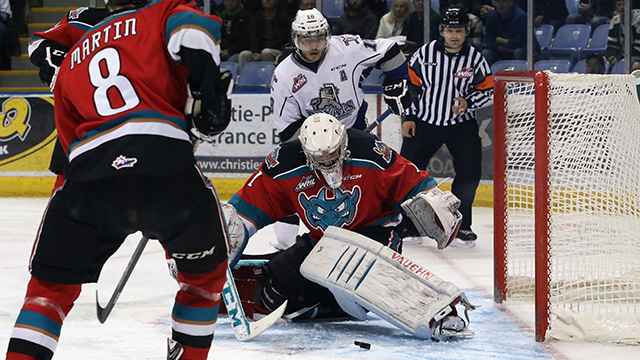 The Kelowna Rockets defeated the Victoria Royals 4-2 on Tuesday night in Victoria, taking a three-games-to-nothing lead in their best-of-seven second round WHL Playoffs series.

Leon Draisaitl had a goal and an assist as four different Rockets scored in the win, the first of two straight games in Victoria.

Kelowna scored twice in the first and added two more goals in the second period outshooting Victoria 36-30 in the game, scoring two power play goals and one short-handed marker.

Nick Merkley, Gage Quinney and Madison Bowey also scored for the Rockets while Jackson Whistle earned the win in net, turning aside 13 Victoria shots in the third period.

Game four in the series is Wednesday night in Victoria while a potential game five is set for Friday night in Kelowna, if necessary.