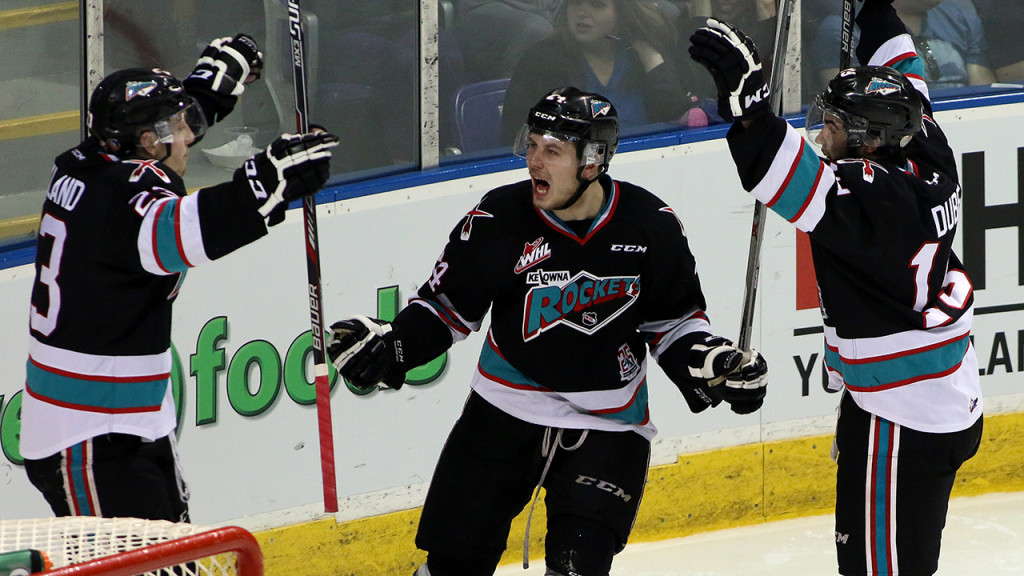 The Kelowna Rockets defeated the Victoria Royals 3-2 in overtime on Tuesday night at the Save-On-Foods Memorial Arena, coming from behind to win the team’s Round 2 WHL Playoffs series in seven games.

The Rockets trailed 2-0 in the third period before Justin Kirkland scored twice, including a dramatic game-tying-goal with just 0.2 seconds remaining in the third.

Then 5:56 into the overtime period, Calvin Thurkauf scored the series winner, spinning around in the slot and wristing home the winning goal, giving the Rockets the series win.

Victoria outshot Kelowna 30-25 in the game but Kelowna started to come on in the third period, outshooting the Royals 8-4 in the third and 6-3 in overtime.

Kelowna now advances to the Western Conference Championship where they will take on the Seattle Thunderbirds. Games one and two are in Kelowna this Friday and Saturday nights at Prospera Place in Kelowna.