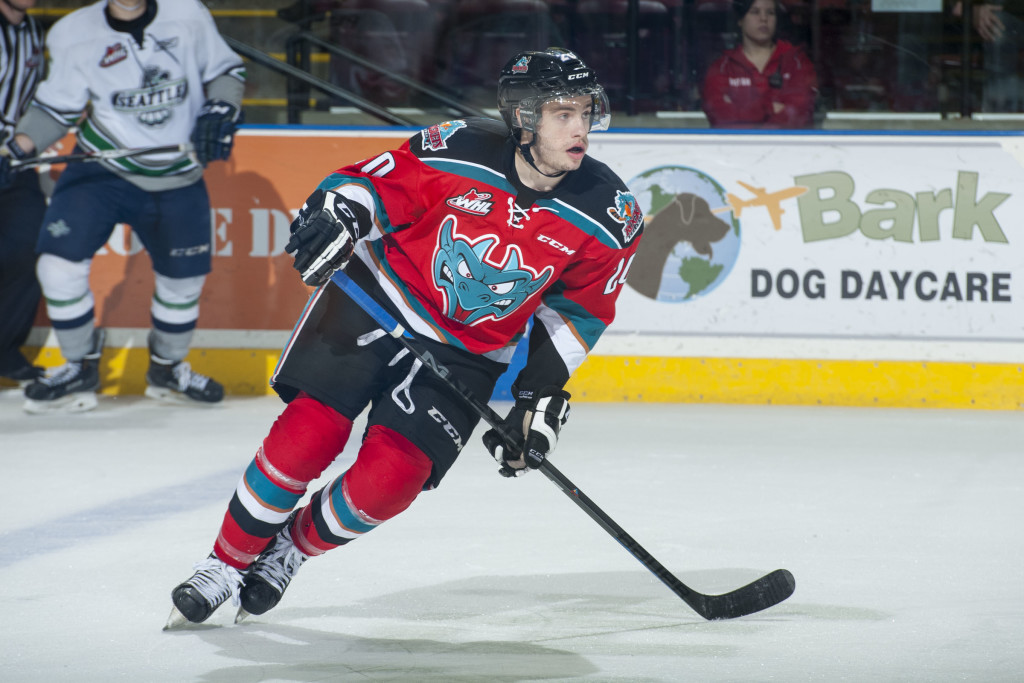 Kelowna Rockets President/GM Bruce Hamilton announced on Wednesday that the Rockets have traded 20-year-old forward Gage Quinney to the Kamloops Blazers in exchange for a 3rd round WHL Bantam Draft pick in 2016.

The Rockets had been carrying four over-age players, one over the league limit,and the Rockets were forced to move Quinney, who had they had acquired last year in its run to the Memorial Cup.

“This was a tough decision but in the end we stayed with the players that have been here since the start of their careers,” said Hamilton, alluding to the Rockets other 20-year-olds Tyson Baillie, Cole Linaker and Jackson Whistle. “Tyson and Cole have been with us their whole careers and this is Jackson’s third year.”

The Rockets acquired Quinney in the Josh Morrissey trade last season and the Las Vegas native fit right into the roster and became a key player as the Rockets won the WHL Championship.

“This doesn’t take anything away from Gage,” said Hamilton. “He came in and did exactly what we wanted him to do last year. He was an excellent player for us. If we could carry four 20-year-olds, he would be on our team.”

Quinney played 38 regular season games with the Rockets last season, scoring 10 times and adding 21 assists then added 13 points in 15 WHL Playoff games. In five games at the Memorial Cup, Quinney had four goals and one assist.