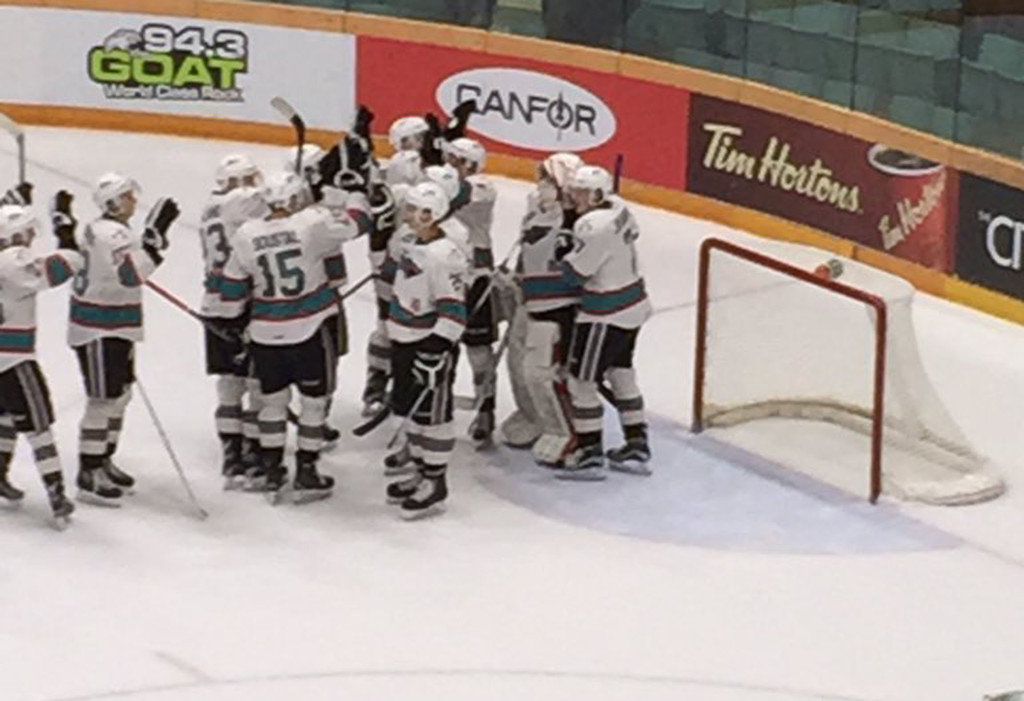 The Kelowna Rockets defeated the Prince George Cougars 6-4 on Saturday night at the CN Centre in Prince George, winning both games against the Cougars this weekend.

Tyson Baillie had a goal and two helpers in the game as Kelowna took the lead early on Prince George, leading 2-1 after the first period and 4-2 after two.

Dillon Dube, Cole Linaker and Tate Coughlin also scored for the Rockets while Calvin Thurkauf chipped in with two assists.

It was the second straight win for the Rockets in Prince George, after Friday night’s 4-3 overtime victory.

The Cougars were 0-for-3 on the power play and outshot Kelowna 34-28 in the game. The Rockets did not get an opportunity on the man advantage.