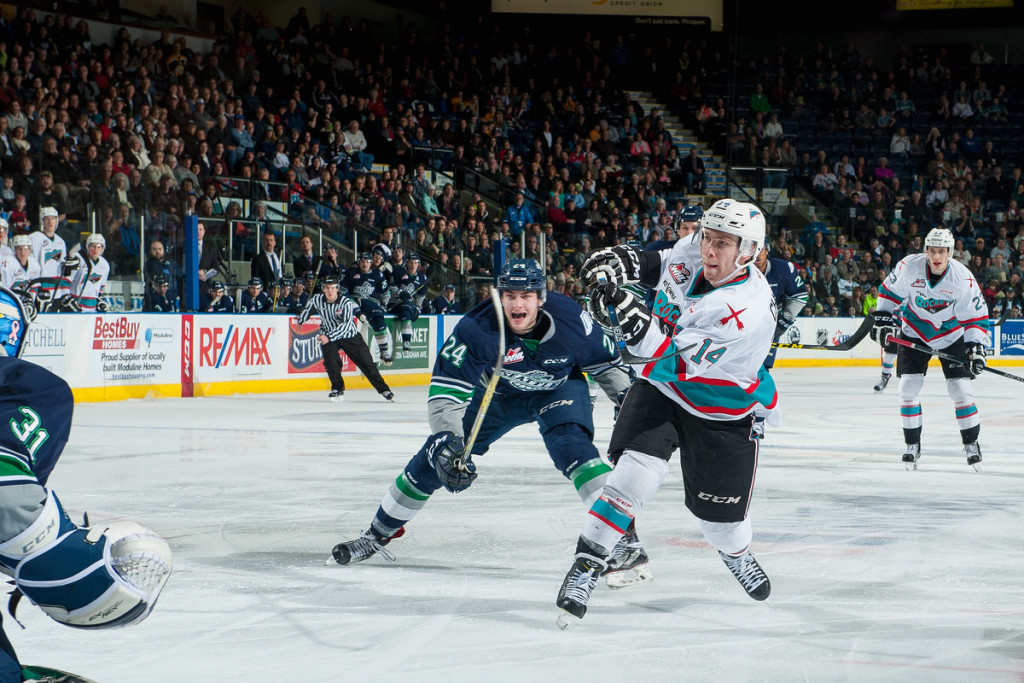 The Kelowna Rockets defeated the Seattle Thunderbirds 7-4 on Monday afternoon, celebrating the B.C. Family Day holiday with a win in front of over 5,200 fans at Prospera Place.

Rourke Chartier scored a hat trick and Justin Kirkland had two goals and two assists as the Rockets offense erupted for four goals in the third period.

Michael Herringer earned the win in net as the Rockets outshot Seattle 41-31 in the game, the first of a home and home between the teams. 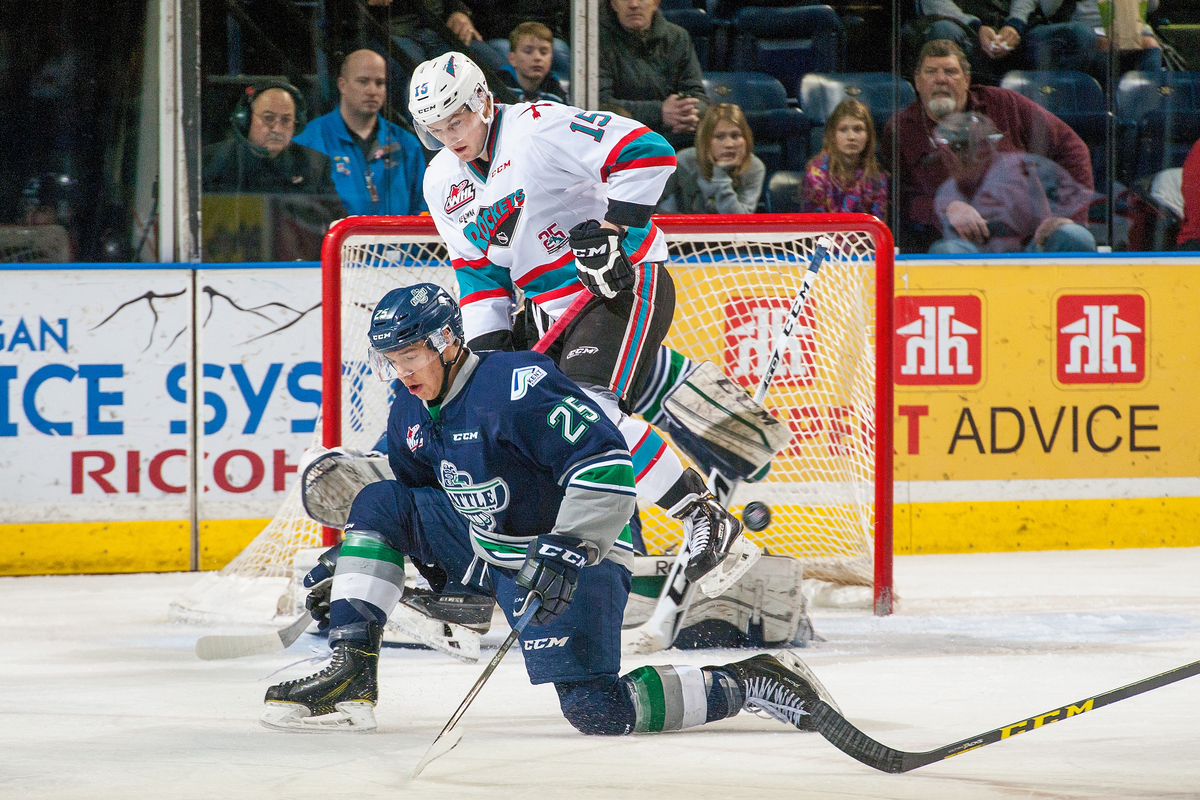 The game was tied 2-2 after the second before the Rockets offense eruptedin the third period to take a stranglehold on the game.

Tyson Baillie had a goal and three assists while Cole Linaker also scored and Tomas Soustal chipped in with three assists.

The win improved the Rockets record to 37-14-3-0, first place overall in the WHL. 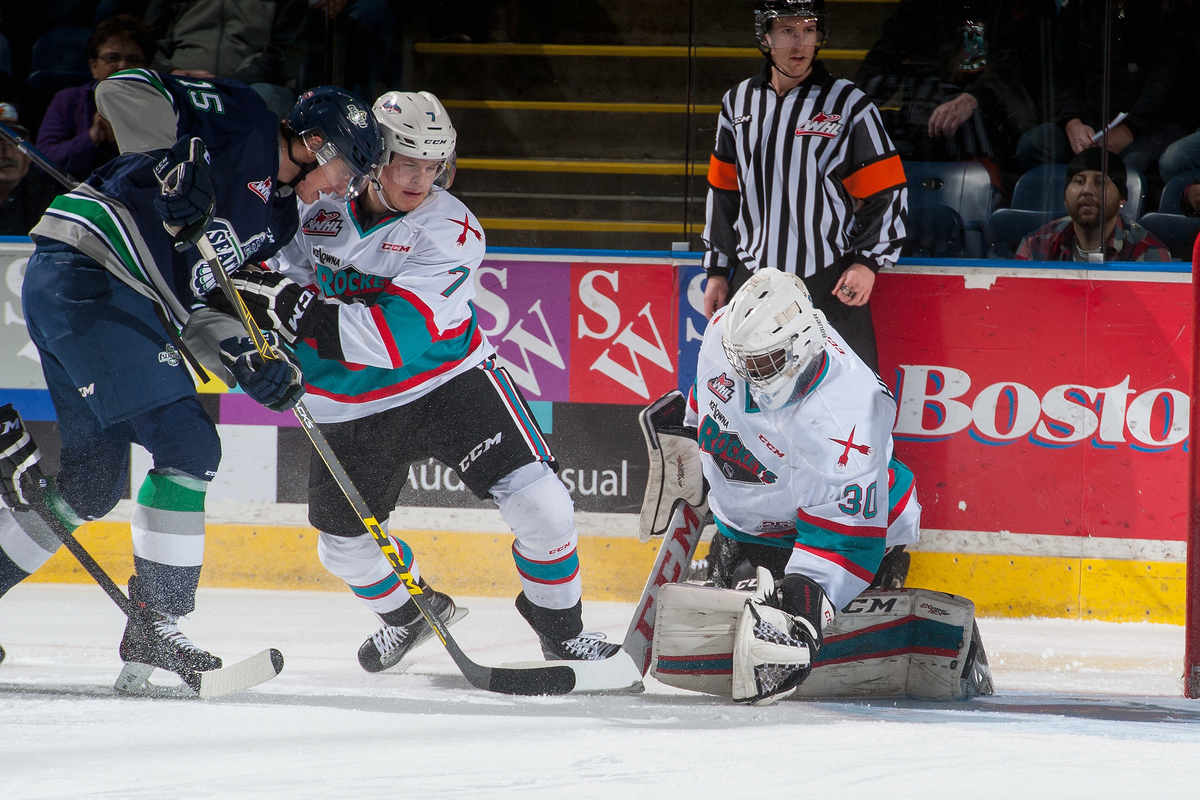 The Rockets and Thunderbirds will play the back half of their home and home on Tuesday night in Seattle as the Rockets will now play three straight games on the road including two in Prince George this coming weekend.

Kelowna’s next home game is Tuesday, Feb. 16 when they host Red Deer.

Tickets are available for Rockets home games through www.selectyourtickets.com, at the Prospera Place box office or by phone at 250-762-5050.